信玄公祭り
SHINGEN-ko MATSURI​​​​​​​
For our Design 2 final everyone in the class had to choose a visually interesting and globally or locally knows event or tradition. I started with the project with researching for multiple events and traditions around the world. Most of my findings were very well know and some of the had already been made in the class multiple times.
I was looking for something new and simple that was interesting enough in form, color and tradition that I can take certain visual elements of the event and incorporate it into the design. After extensive research I found a Japanese event called "Shingen-ko Matsuri." The event takes place from April 7 to April 9 every year at the city of Kofu in the Yamanashi Prefecture, Japan. The people of Yamanashi celebrate the virtues of the warlord Takeda Shingen every spring with a large celebration. Takeda Shingen was a famous warlord of the Sengoku era who adopted the Art of War philosophy of the Chinese Sun Tzu. Every yea, more than a 1,000 people dress up in traditional Japanese Samurai armor and clothing to celebrate this event. It is considered to be the largest celebration and festival in Yamanashi.

The project began with looking for inspirations in terms of form, color and materials used and gives identity to this festival. I decided to look for inspirations in the very well know and iconic Samurai armor and helmet that contains very iconic and elegant details. My ideas was to in some way incorporate these colors and possible materials in my design exploration and possibly into my final design. 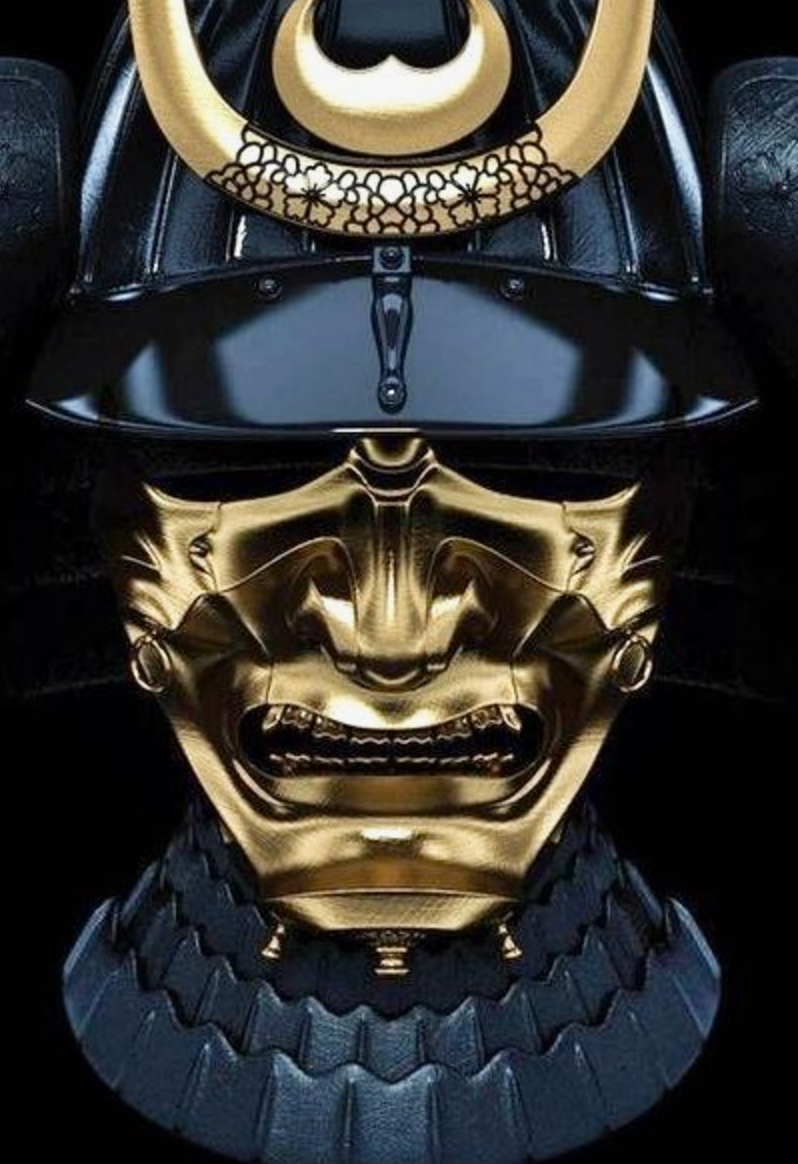 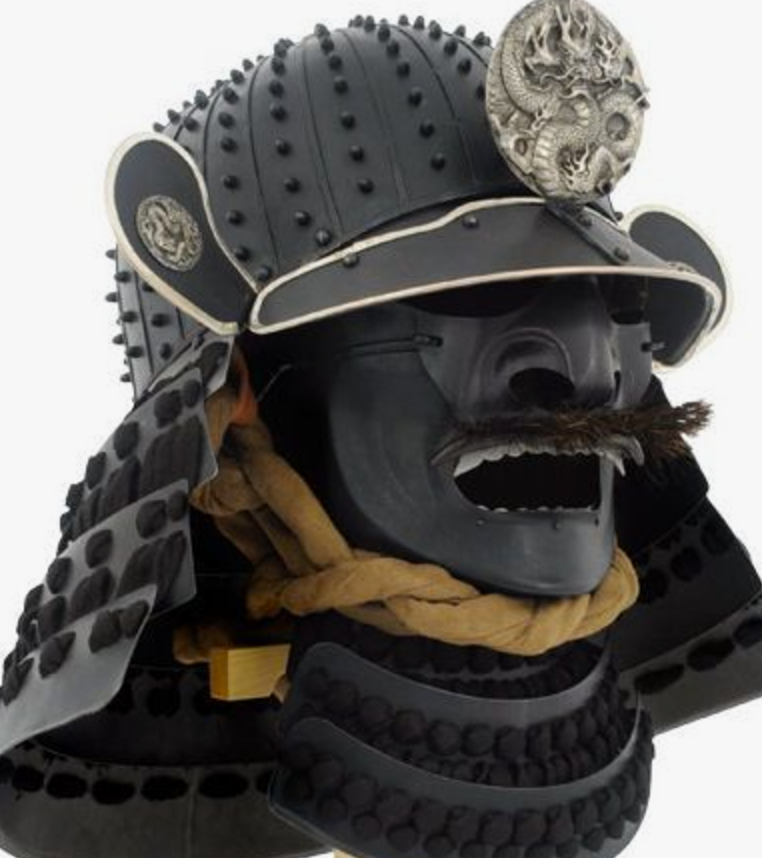 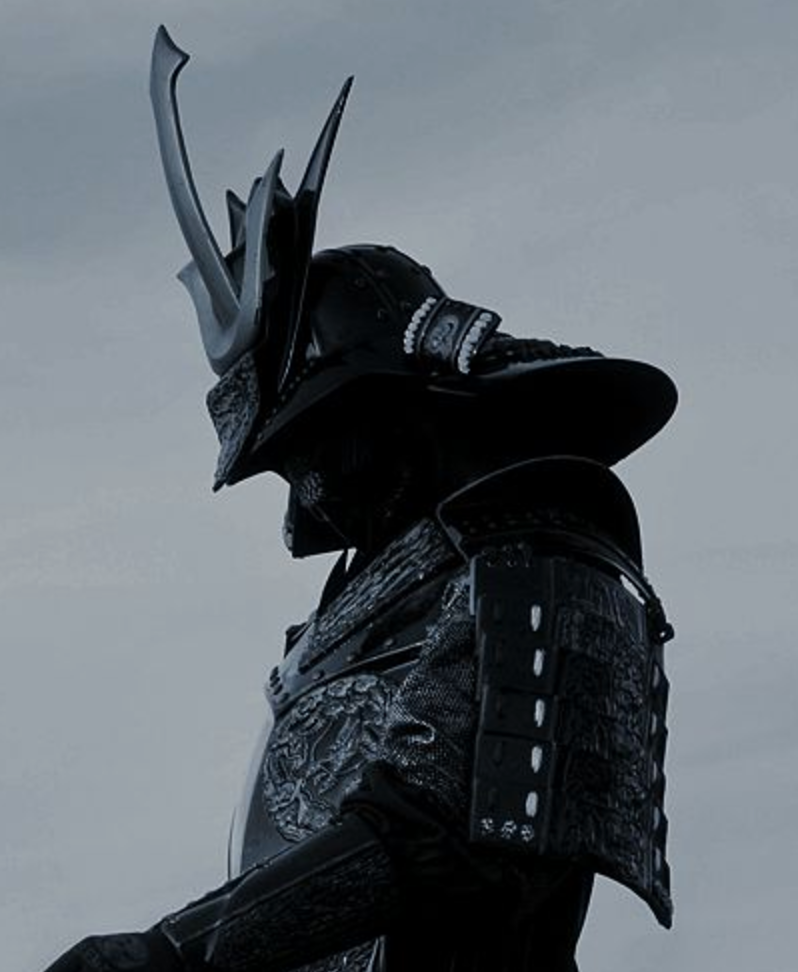 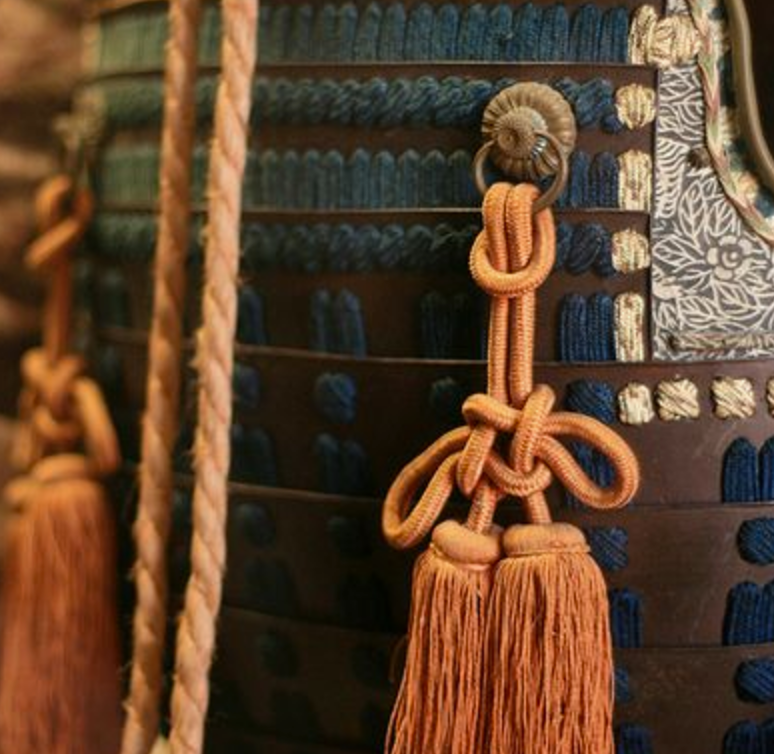 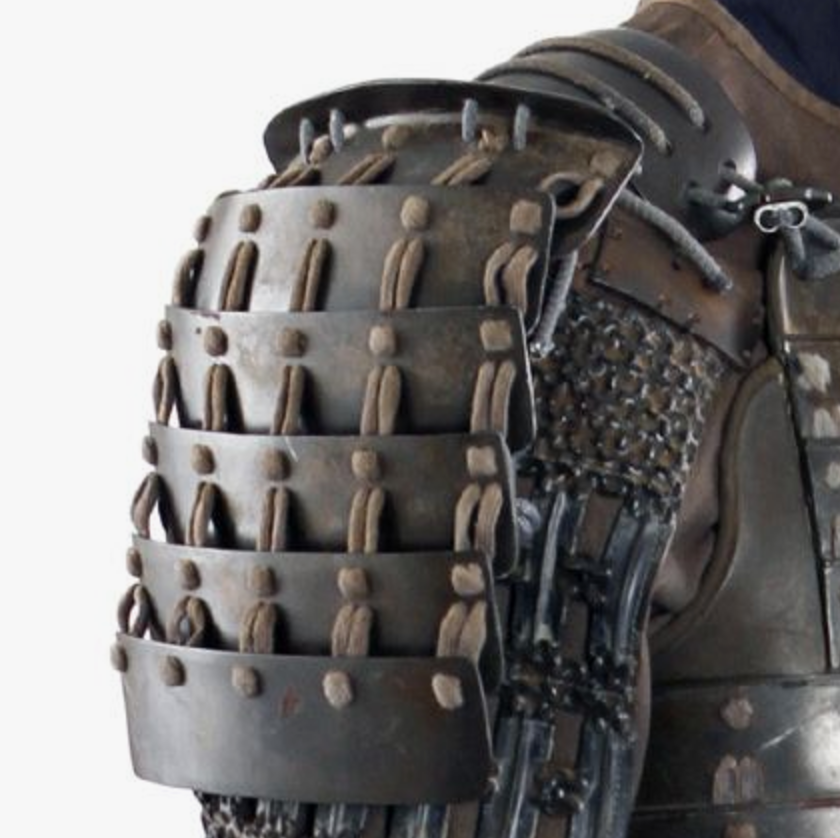 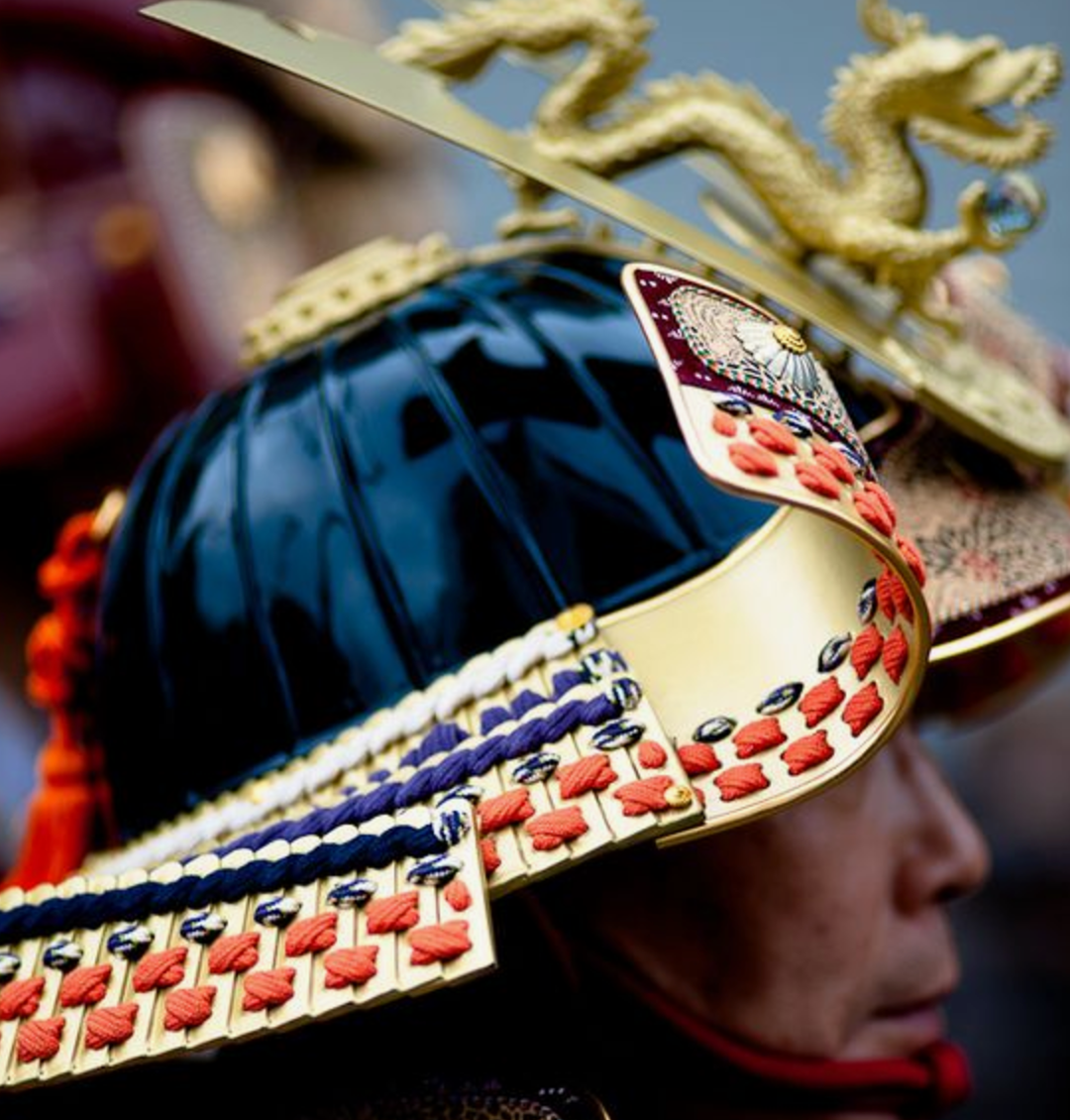 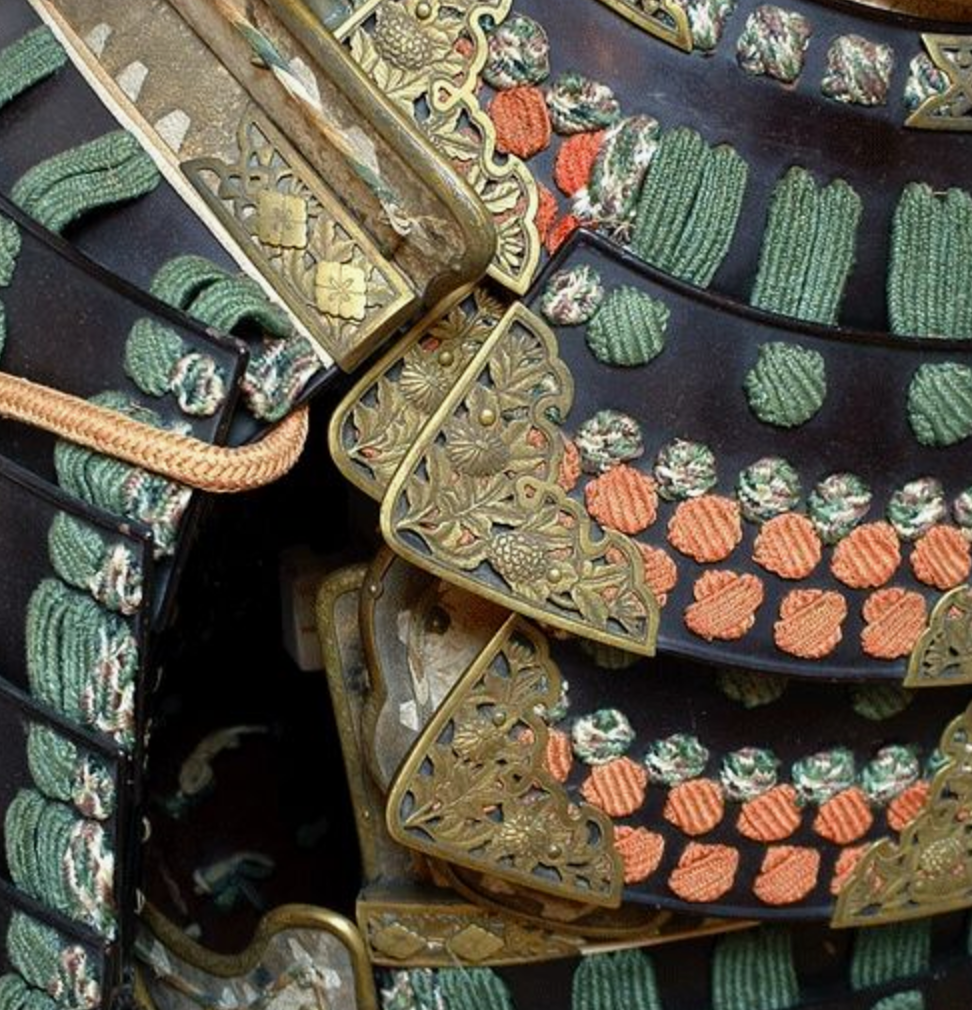 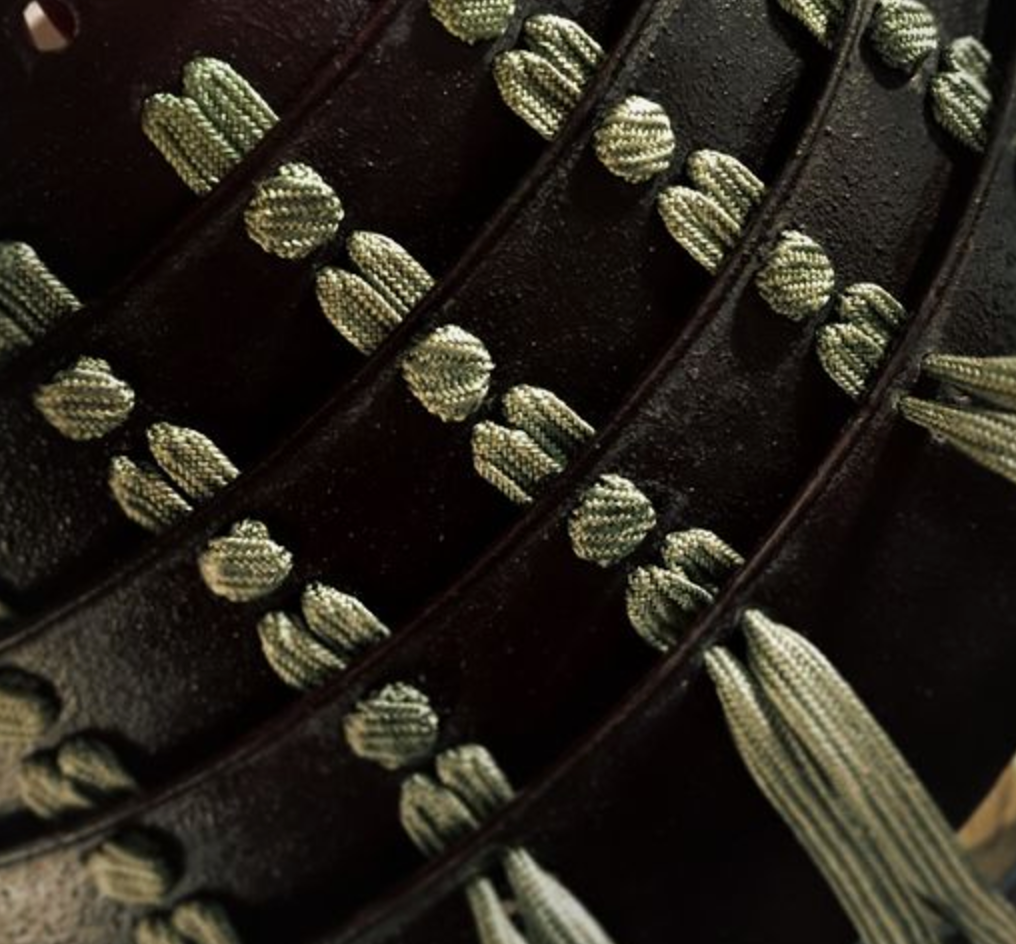 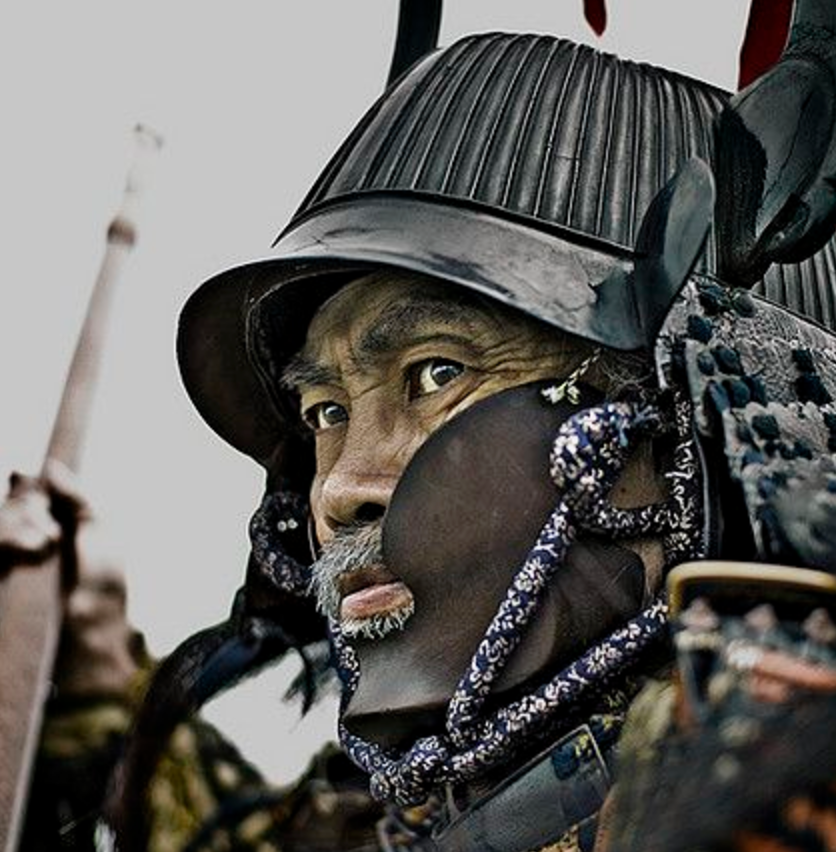 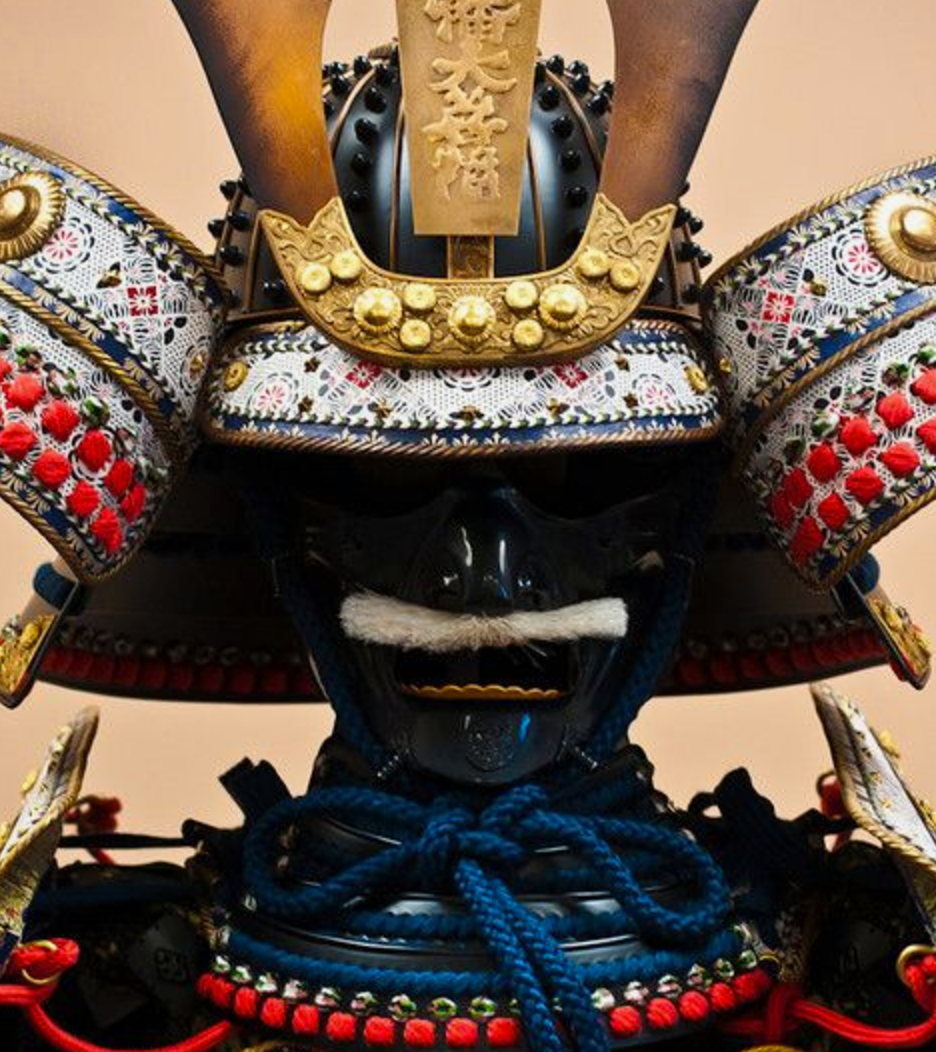 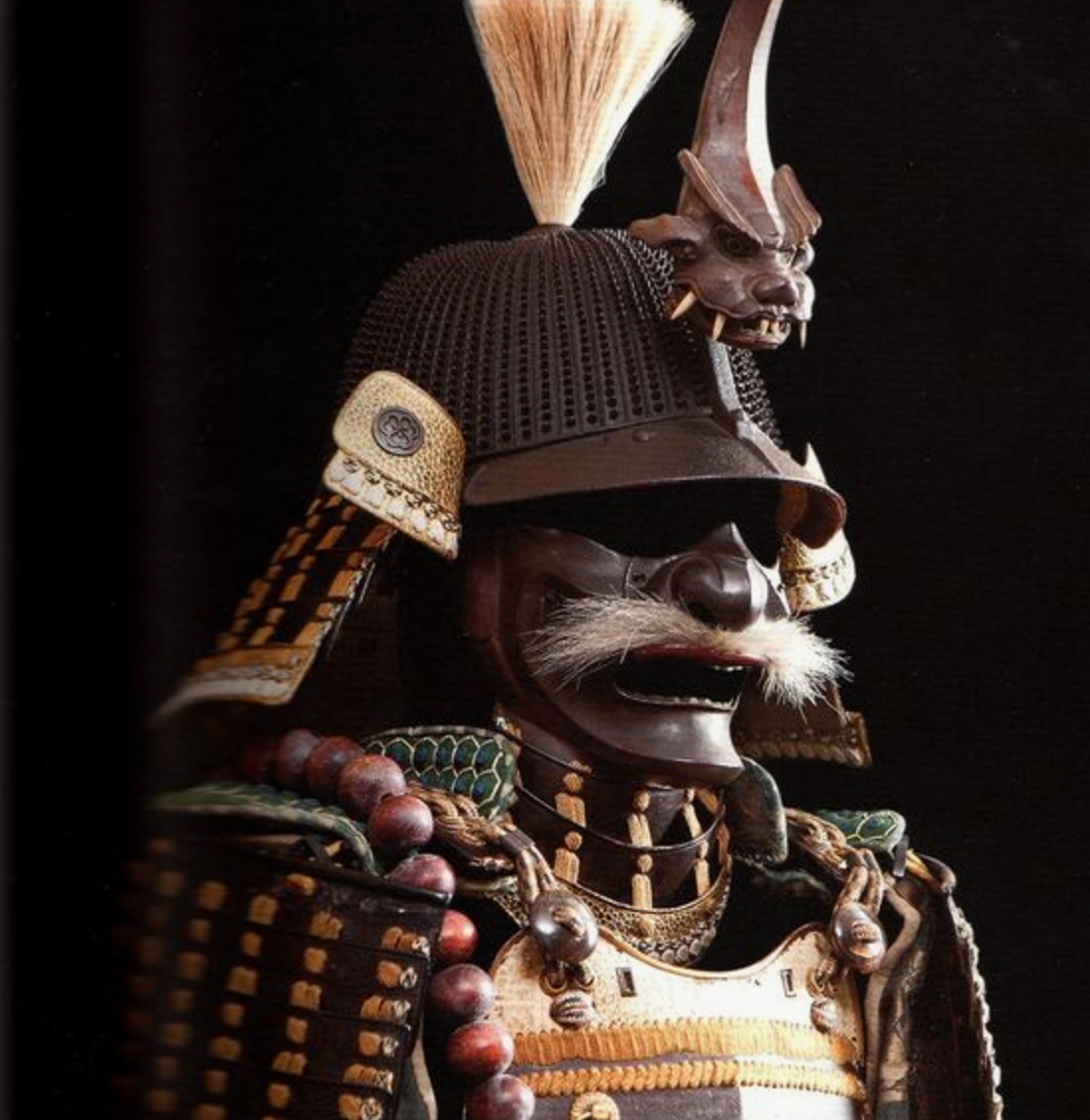 I continued the exploration with early mockups with simple foam board and black paper. While looking for simple shapes to explore, I created multiple different design that focuses on different parts and form elements of my inspiration boards. 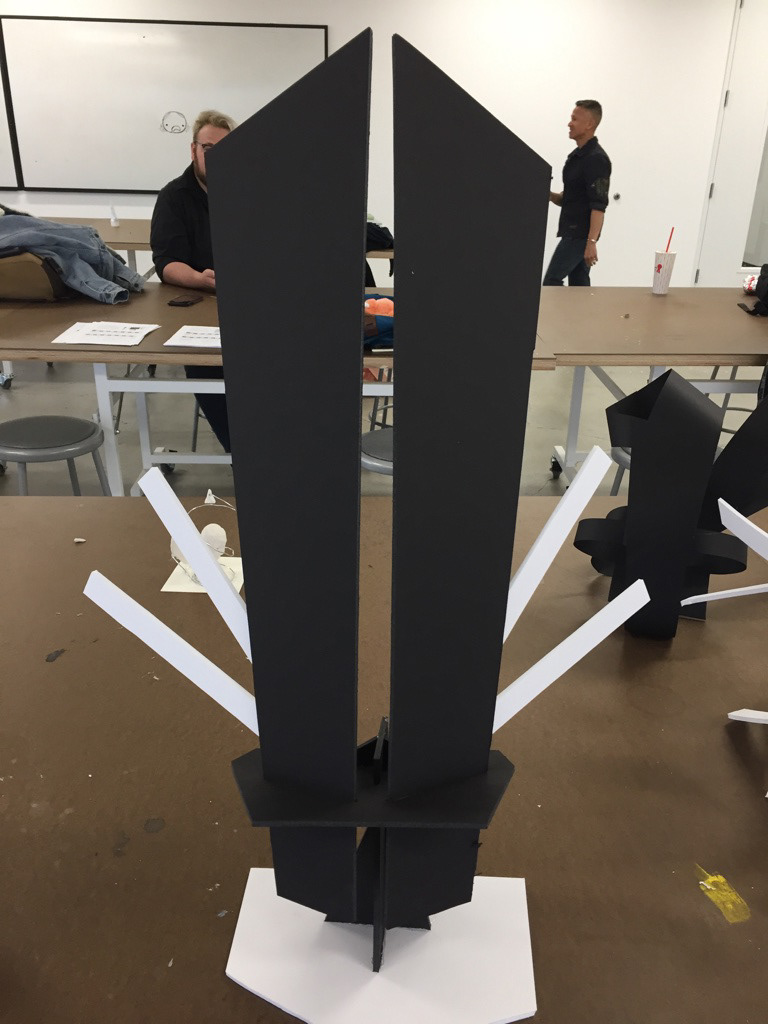 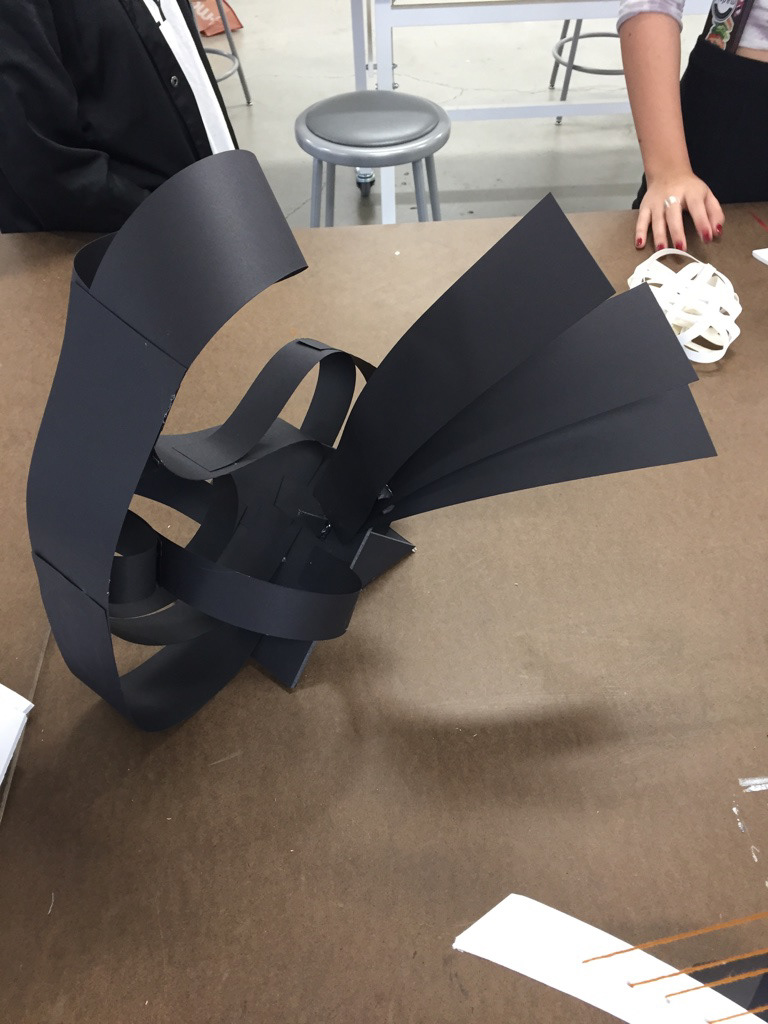 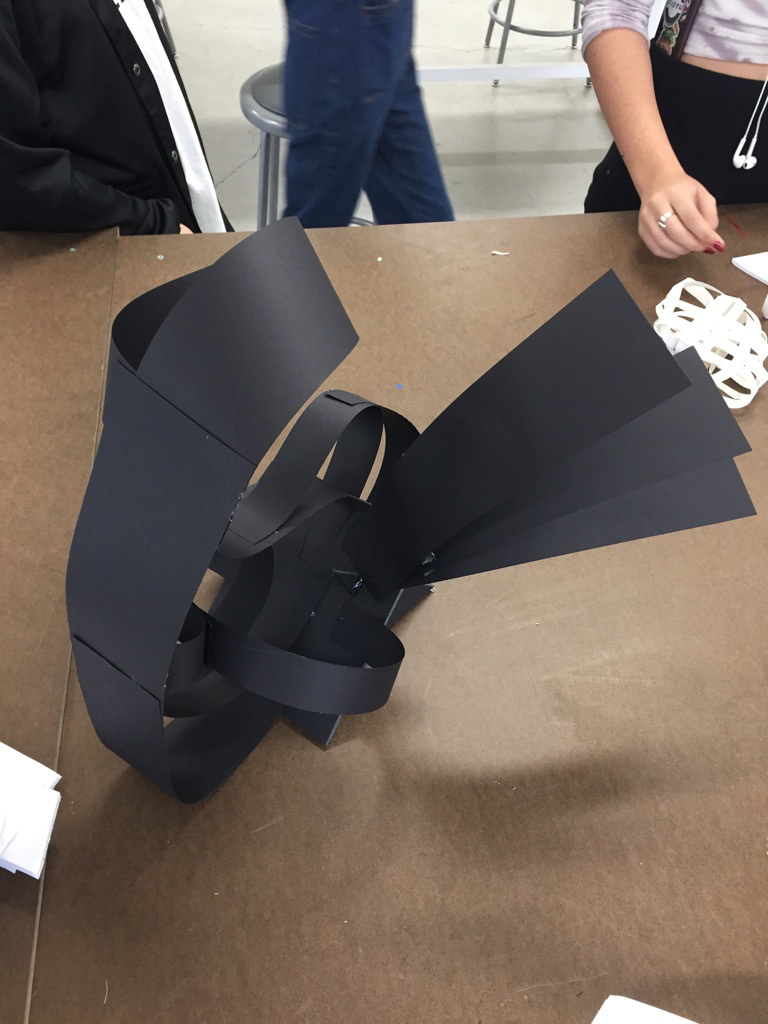 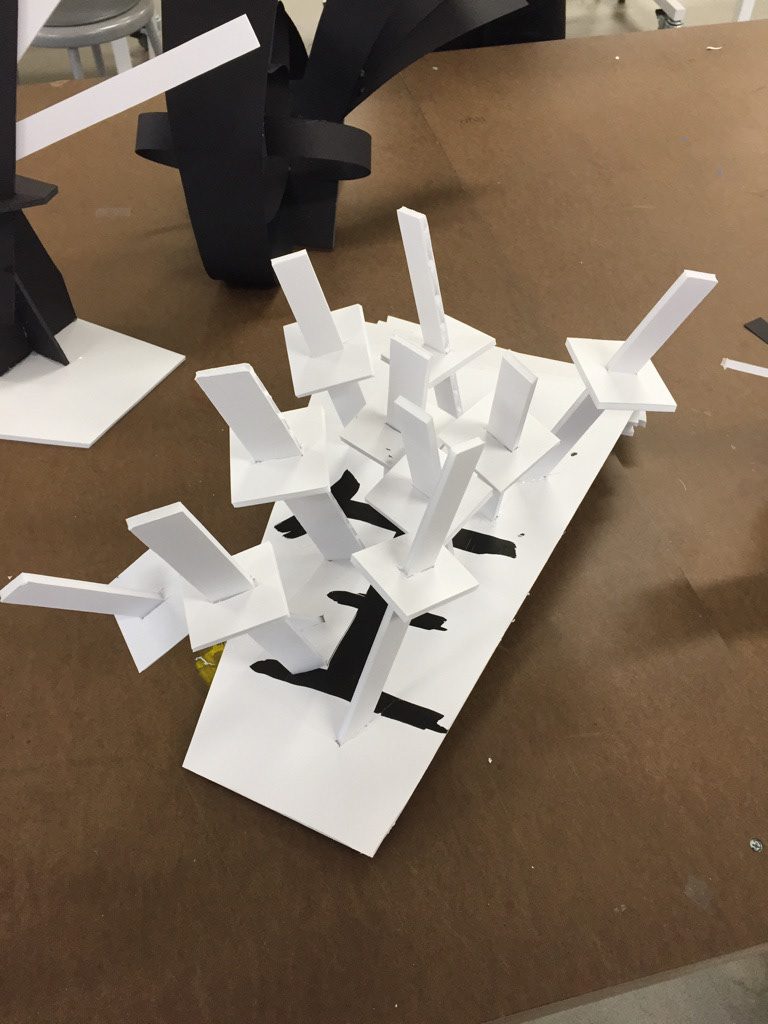 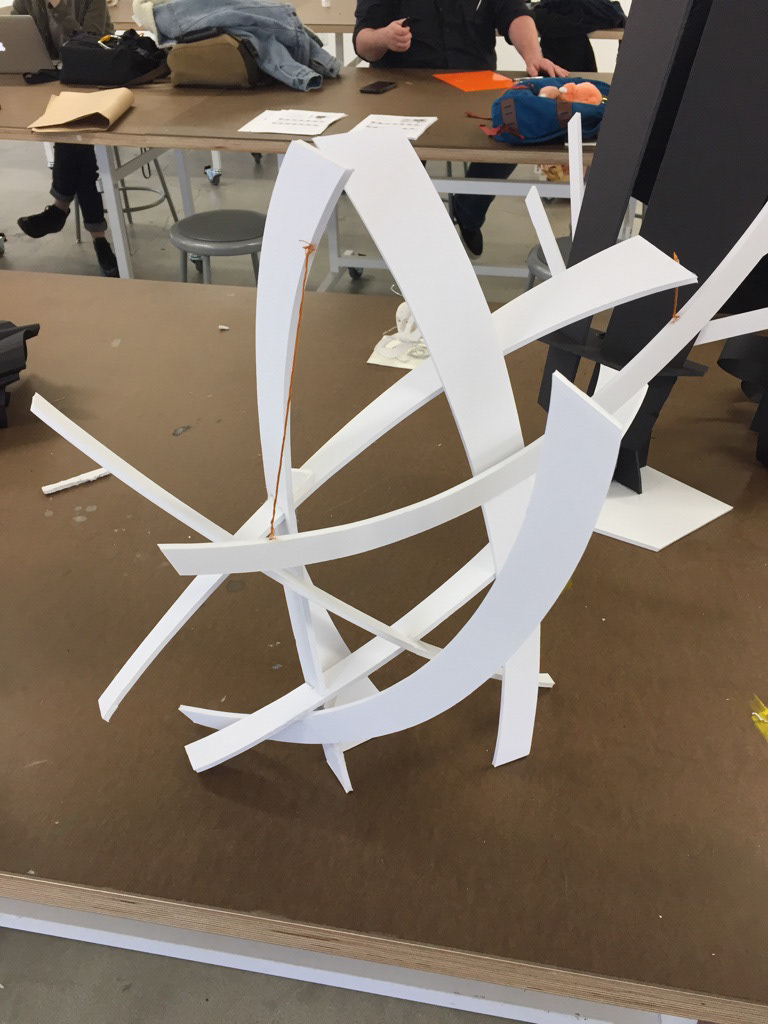 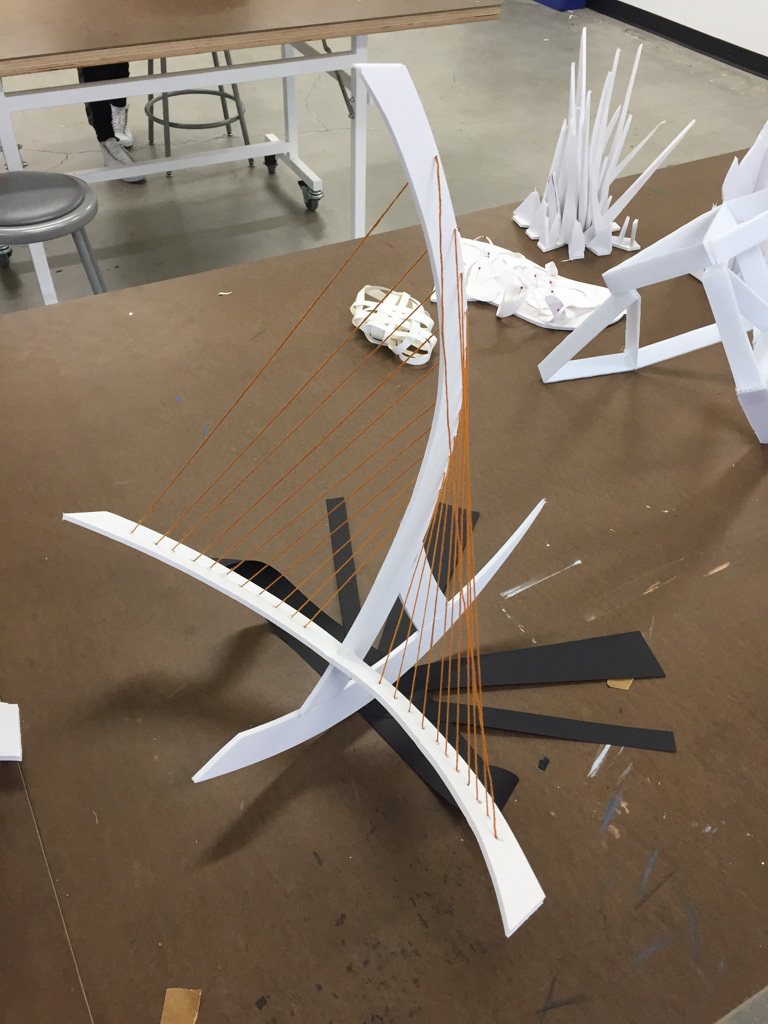 After these form explorations, the focus shifted from the Japanese armor to the iconic and well known design of the Katan. I got inspired by the simplicity and elegance of the sword. My idea was not only to use the form language of this object, but to explore the motion and movement these pieces of art were used. Elegant motions that focused on a single perfect cut and were carefully protected while became the soul and life of a Samurai warrior. 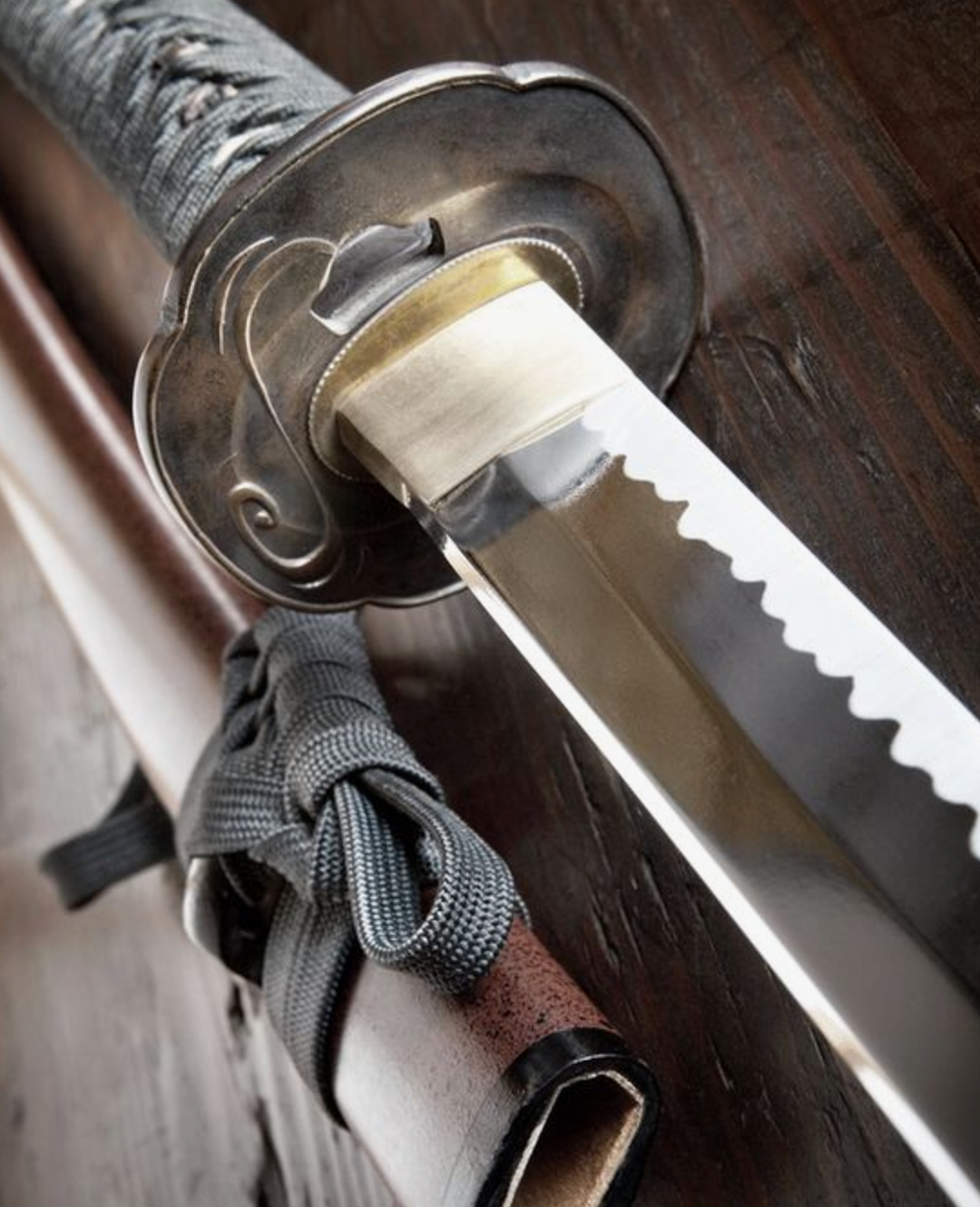 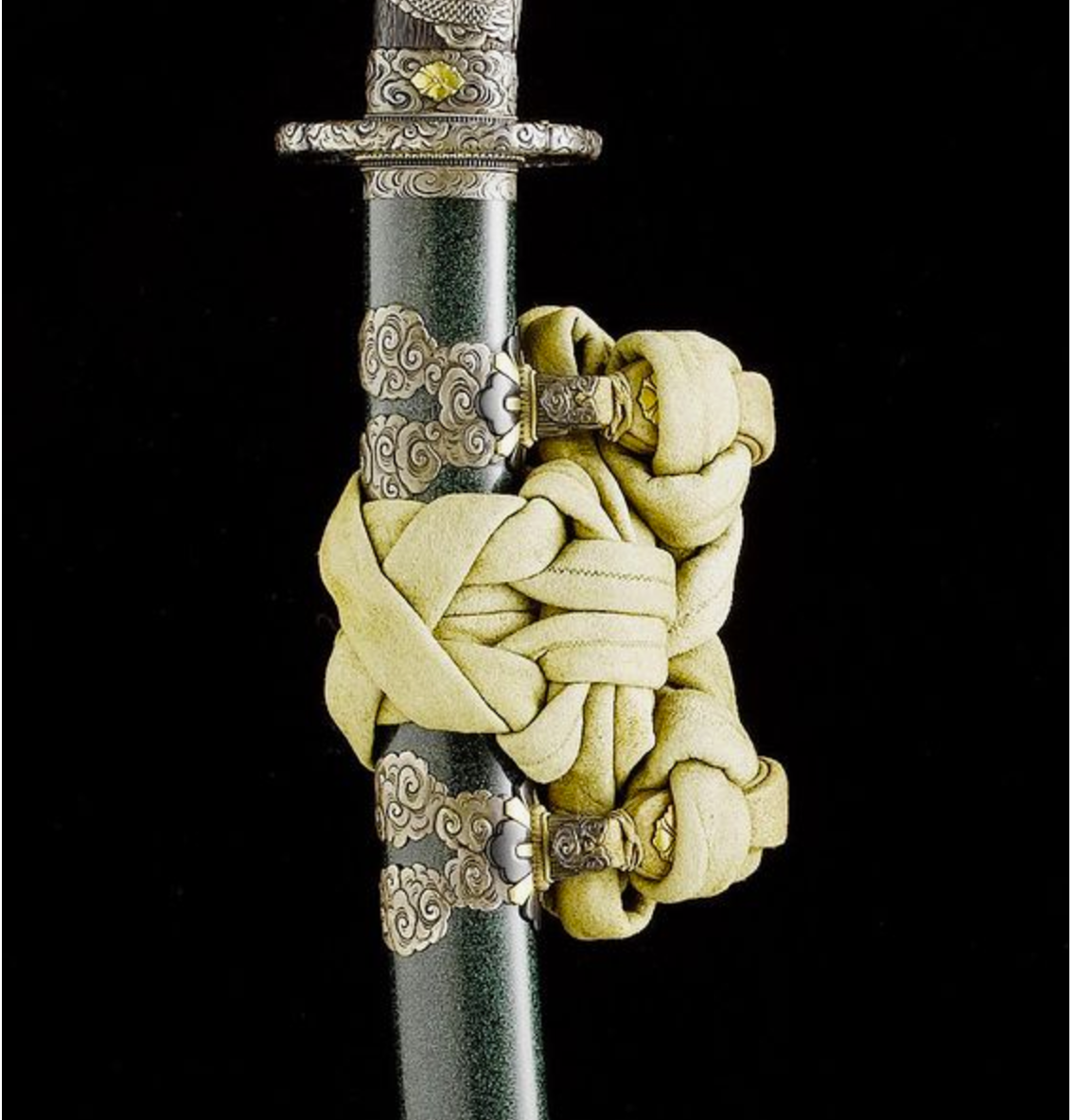 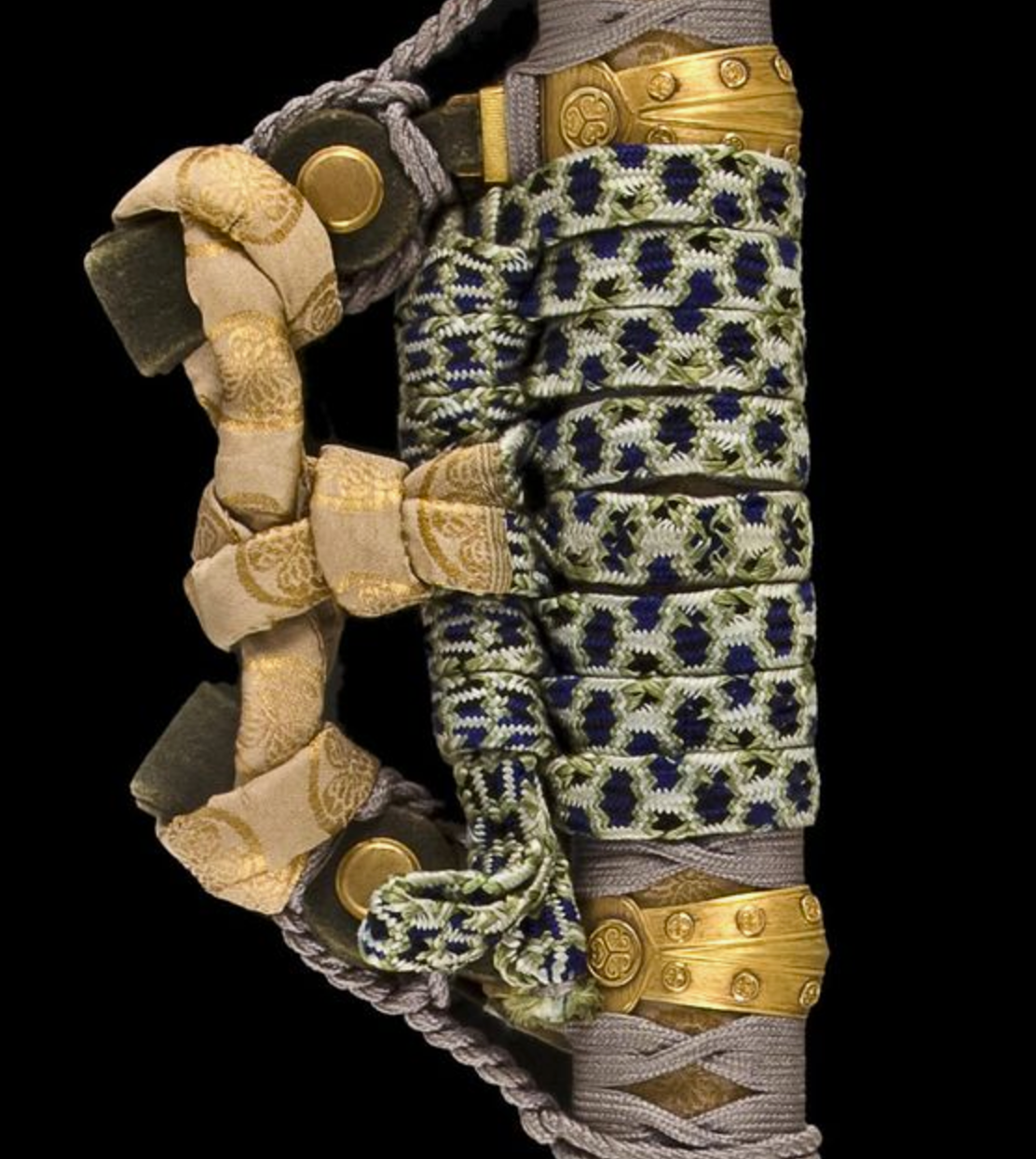 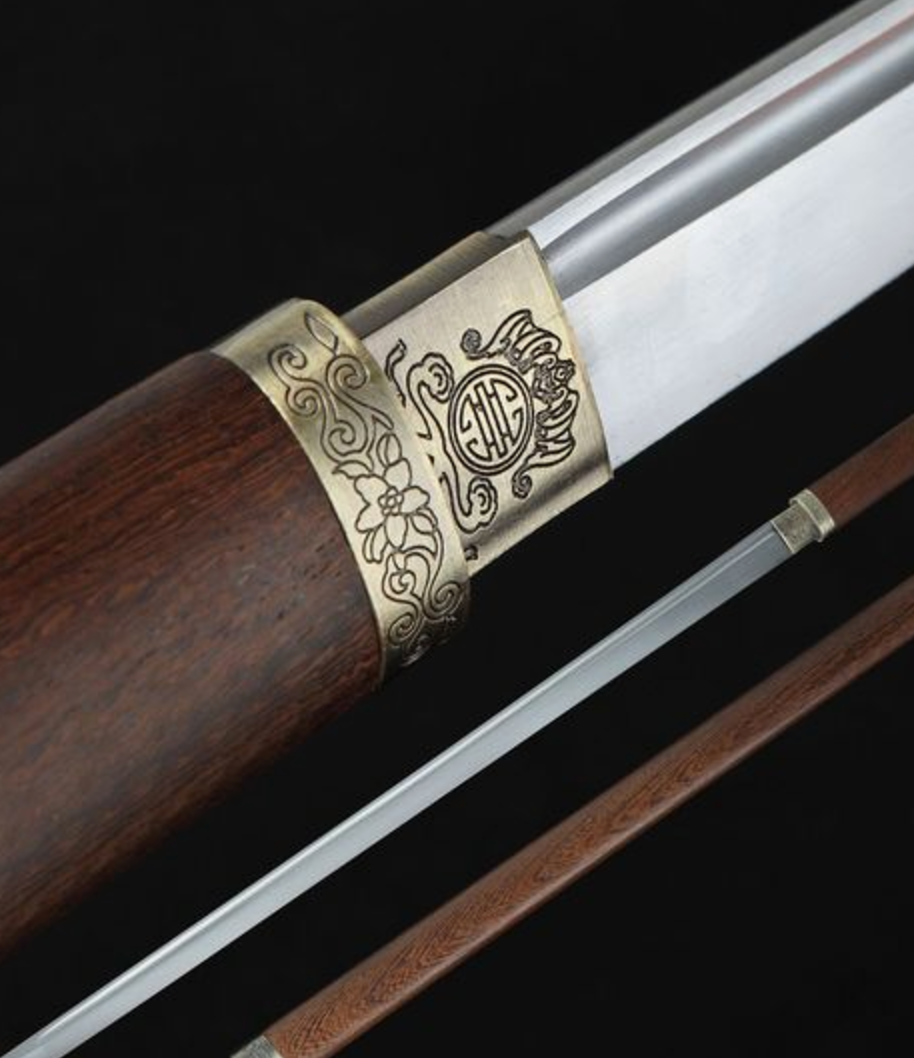 I started to explore these shapes and movement and tried to create initial mockups of my design ideas. 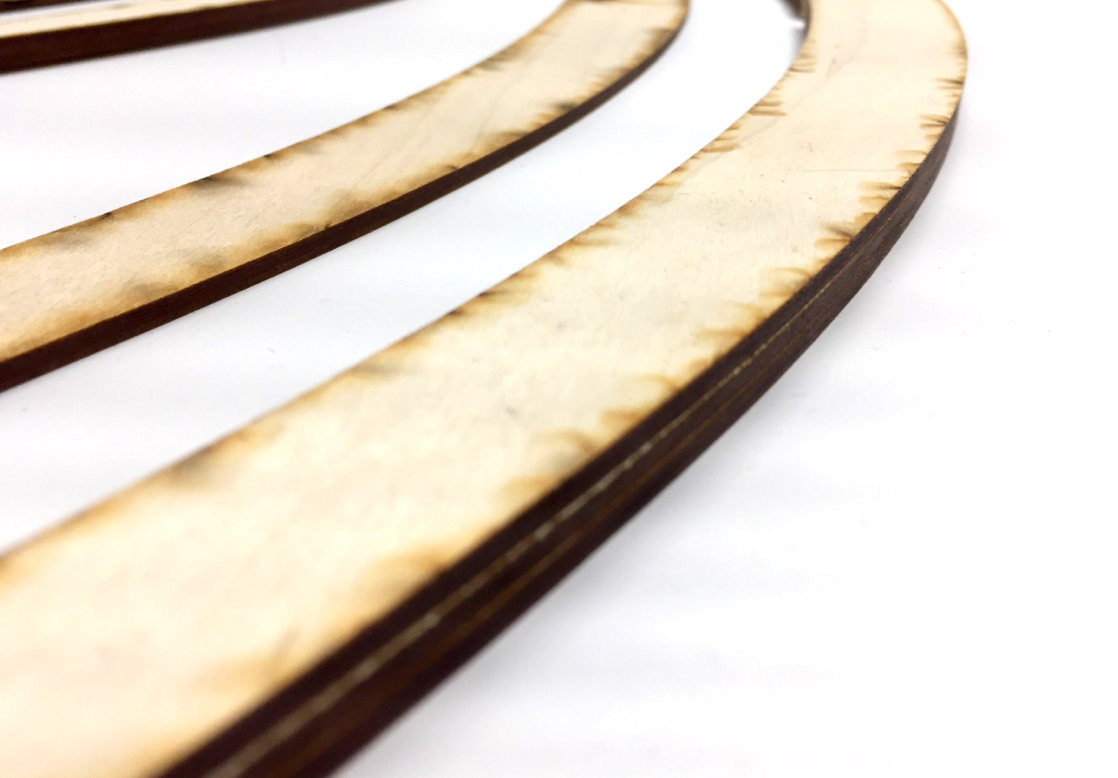 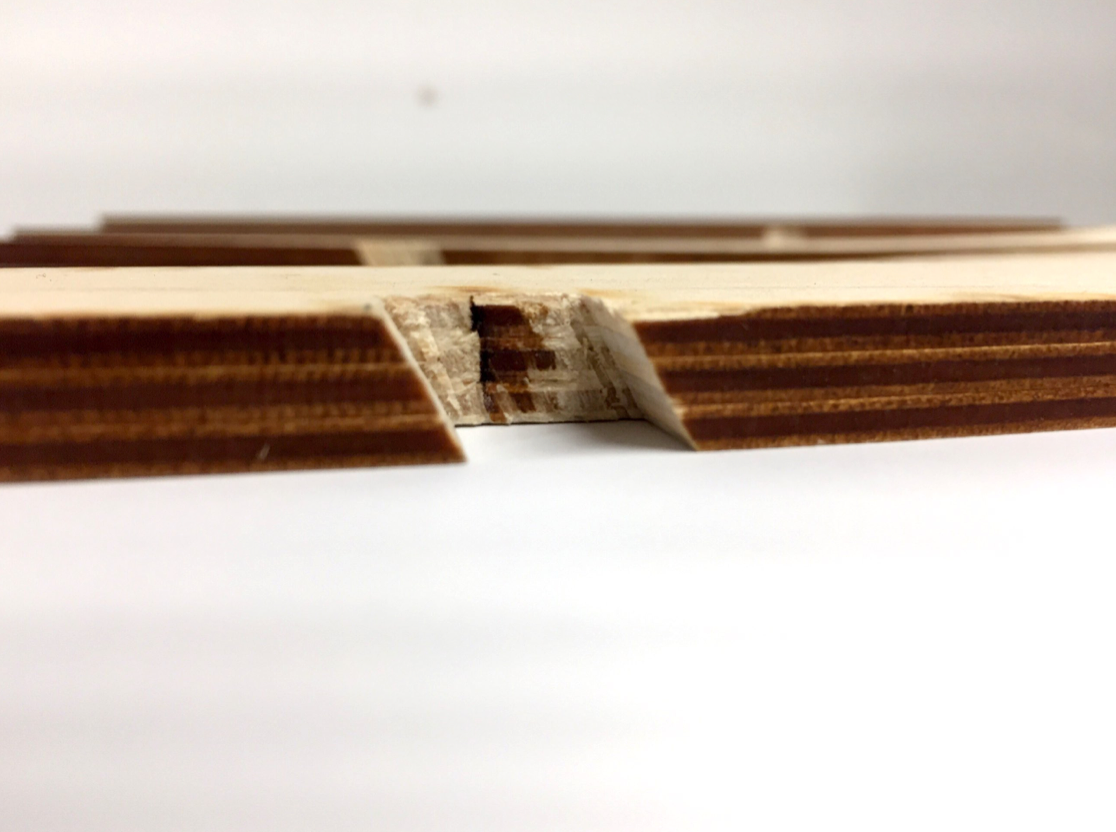 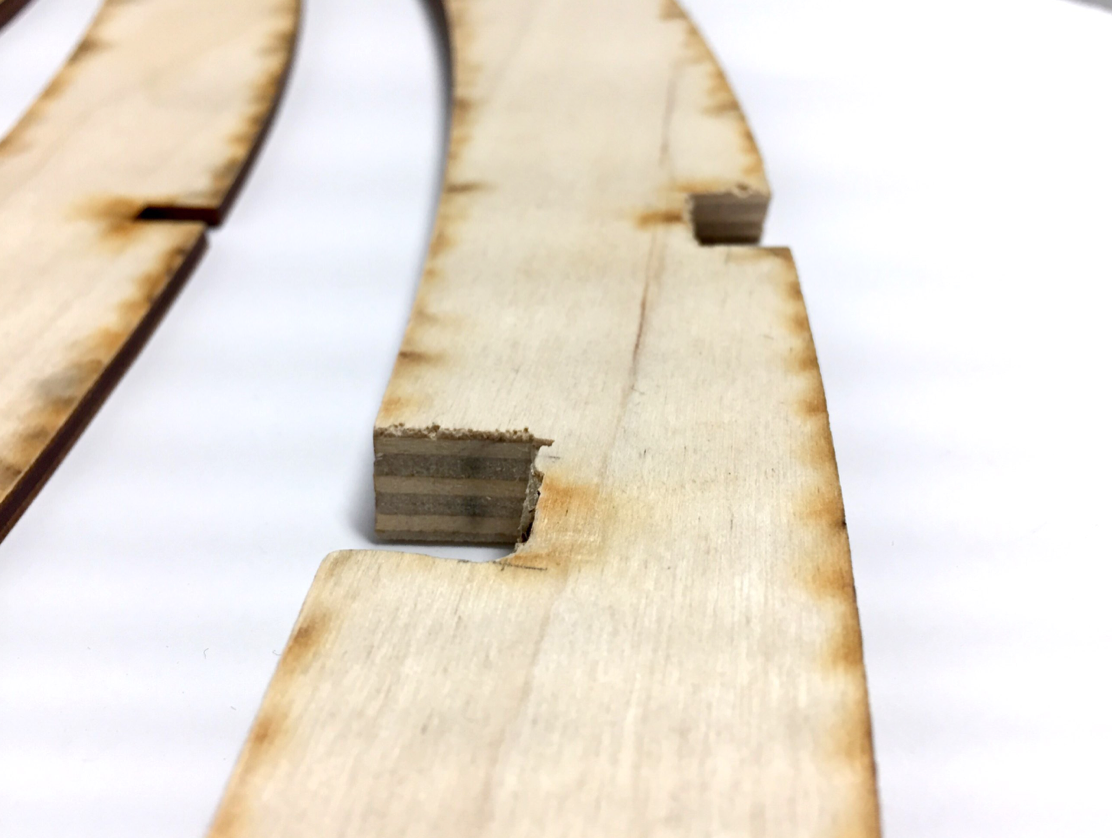 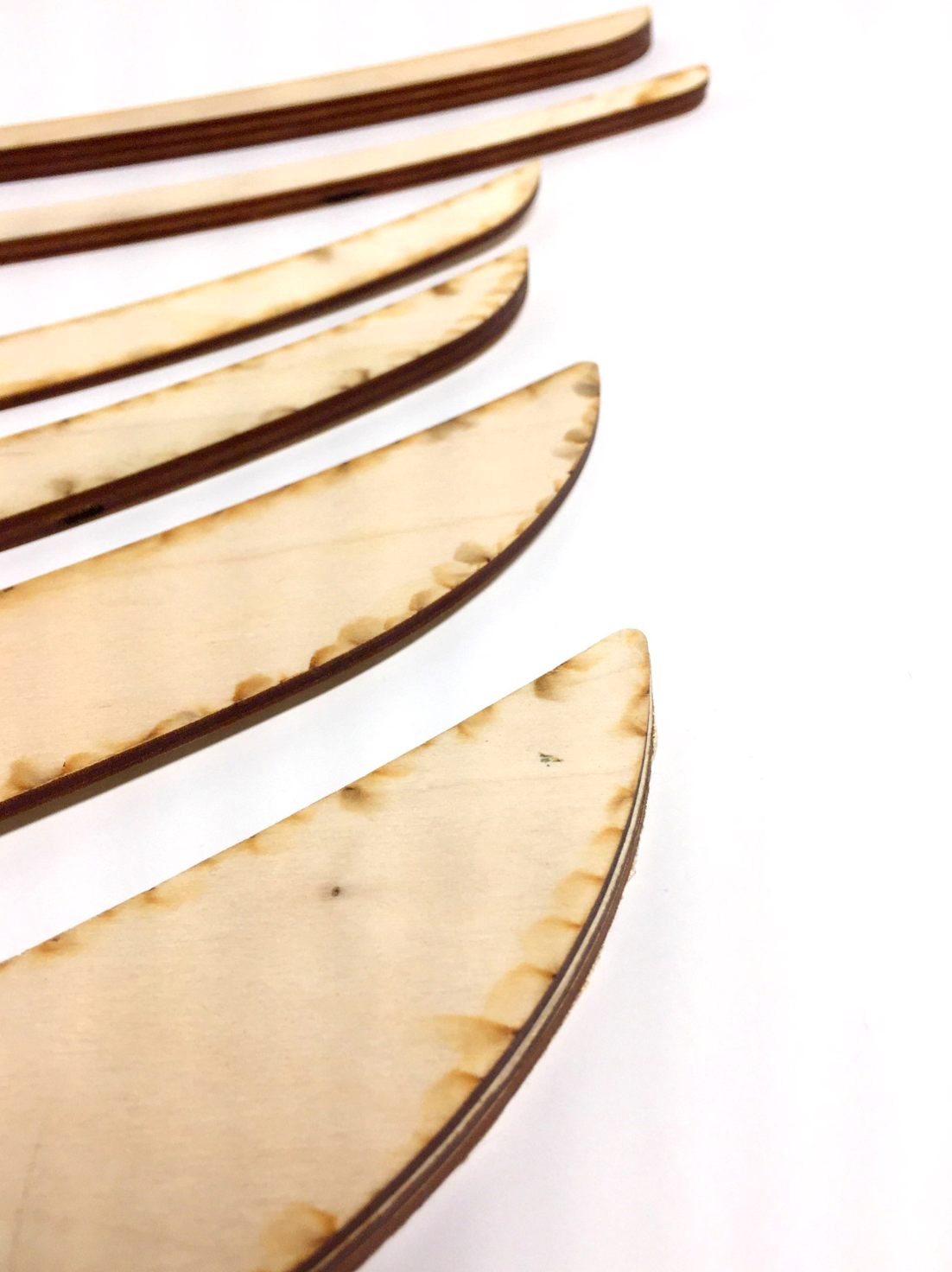 I went through he same long process with the small wooden swords that I decided to hang on the sculpture co create a floating effect and idea. The sword had multiple components and all created from different kind of wood and materials. I went through multiple cutting and sanding processes in order to arrive at these mockups. I decide to create two of these swords that I will stain with different colors of wood stain.

Once I had all the components and the final coats of stain were added to all the wood pieces, I decided to add additional details to some components and element such as rope and red ribbons. The pieces were carefully assemble, polished and glued together. The final piece after my class ended was displayed in the student gallery at the ArtCenter Hillside Campus. 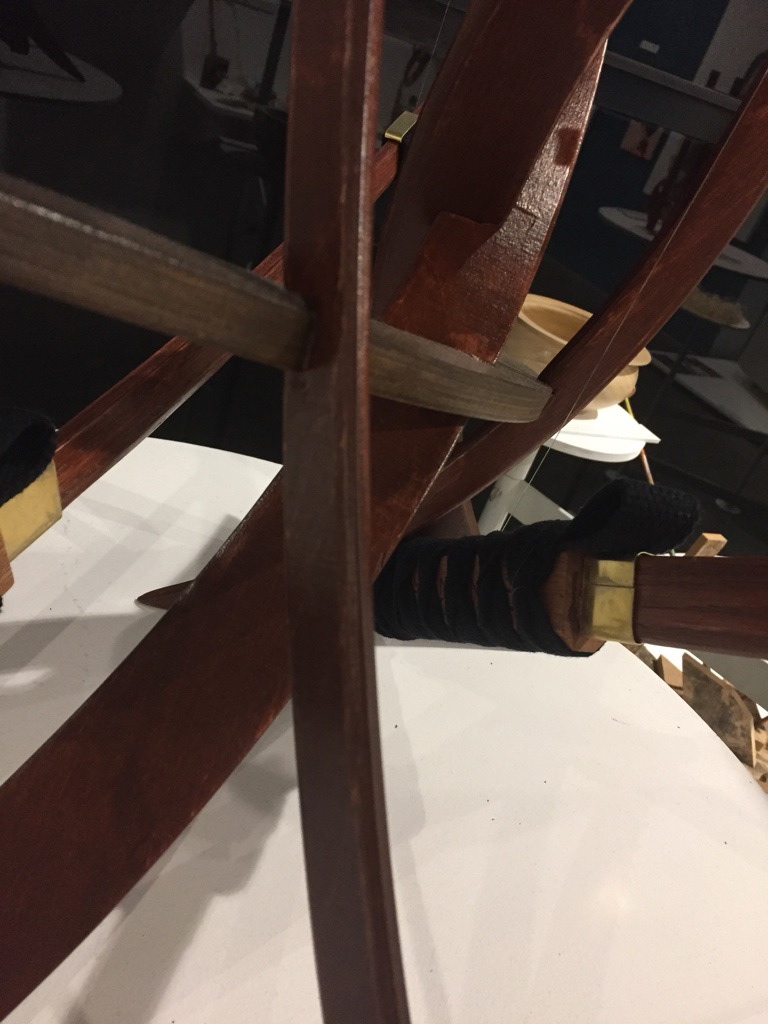 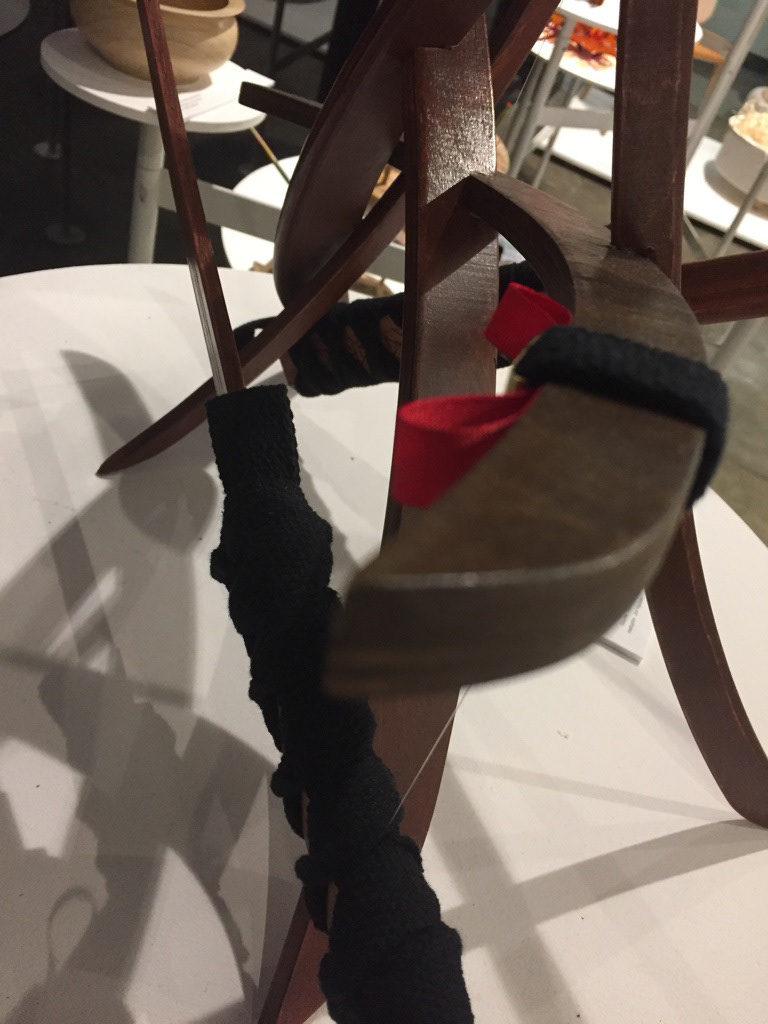 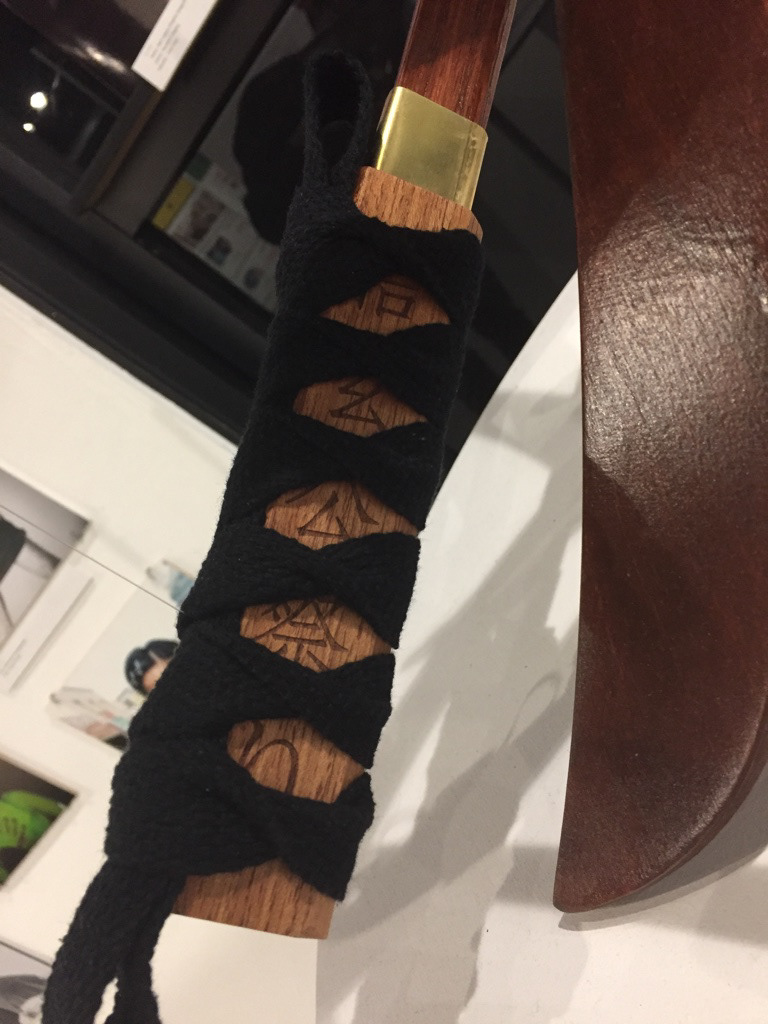 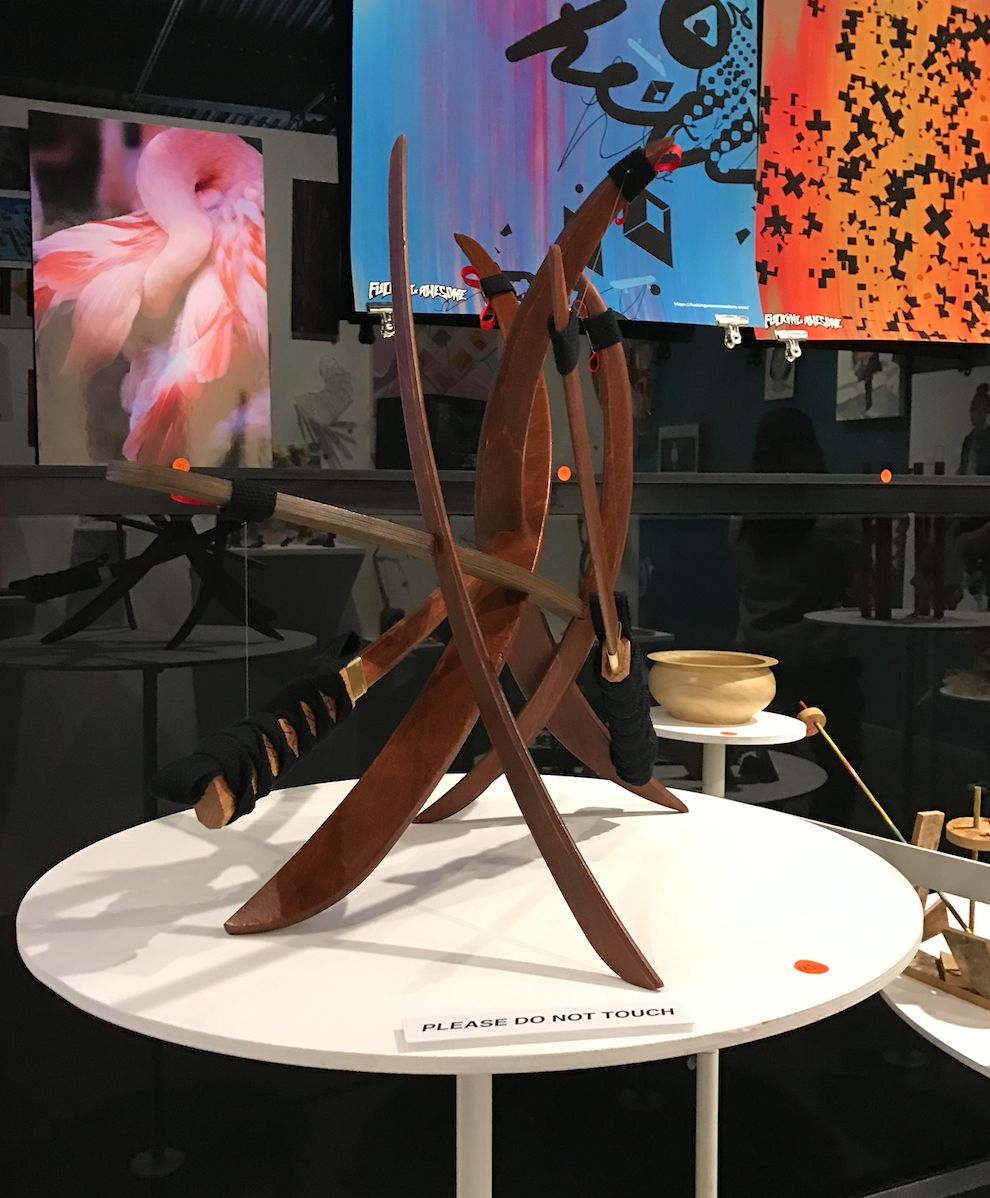 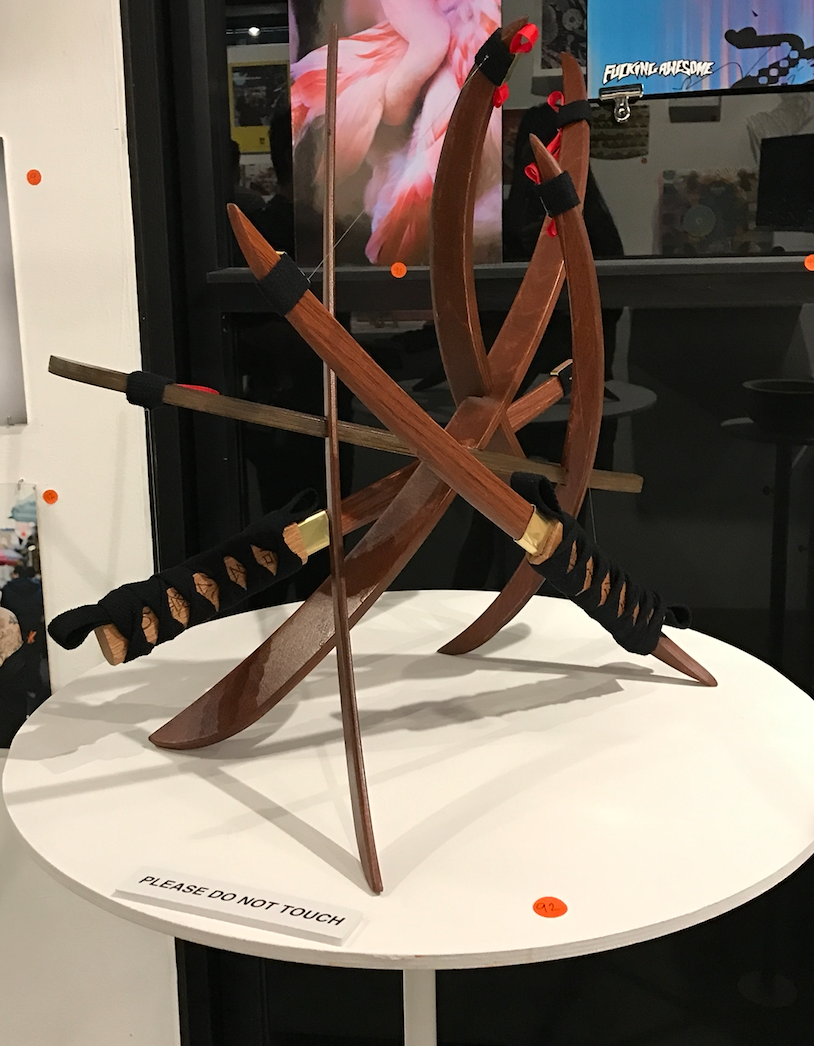 The final piece and sculpture is currently displayed in the student gallery.
↑Back to Top

Insert copy here, which should vary depending on your region. Accept