TYPOGRAPHY POSTER
This typography project was to create a poster design based on a chosen font family and font type. My selected font family was Futura and I design my poster based on the characteristic and history of this font type.

The project started with early concepts and poster ideations. From the beginning I wanted to follow the geometric characteristics of the font time and use the idea of future. While creating and testing out multiple poster designs I came up with and idea to mix printed and digital media in order to create a futuristic feel and experience. Early poster designs focused on a futuristic look with dark colors and high contrast. 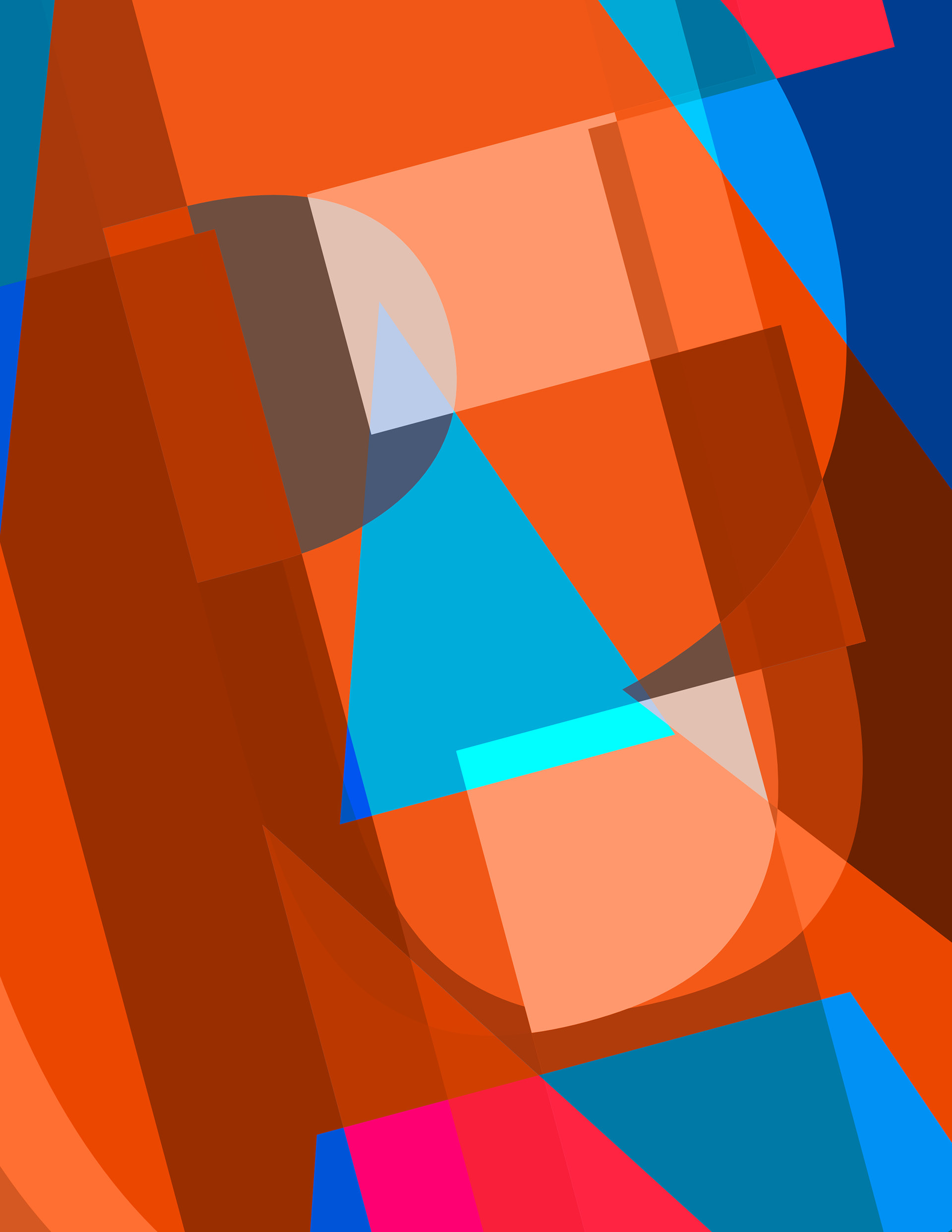 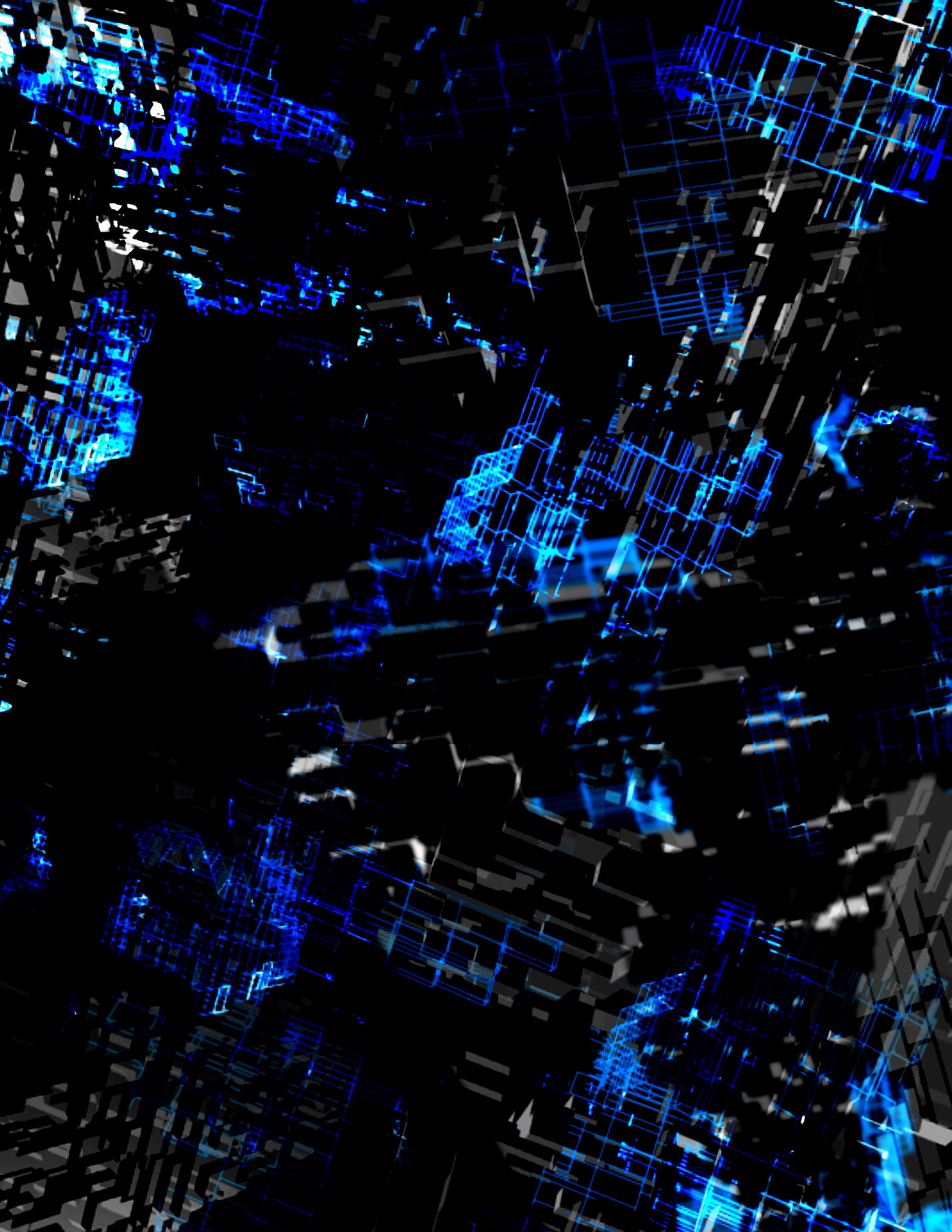 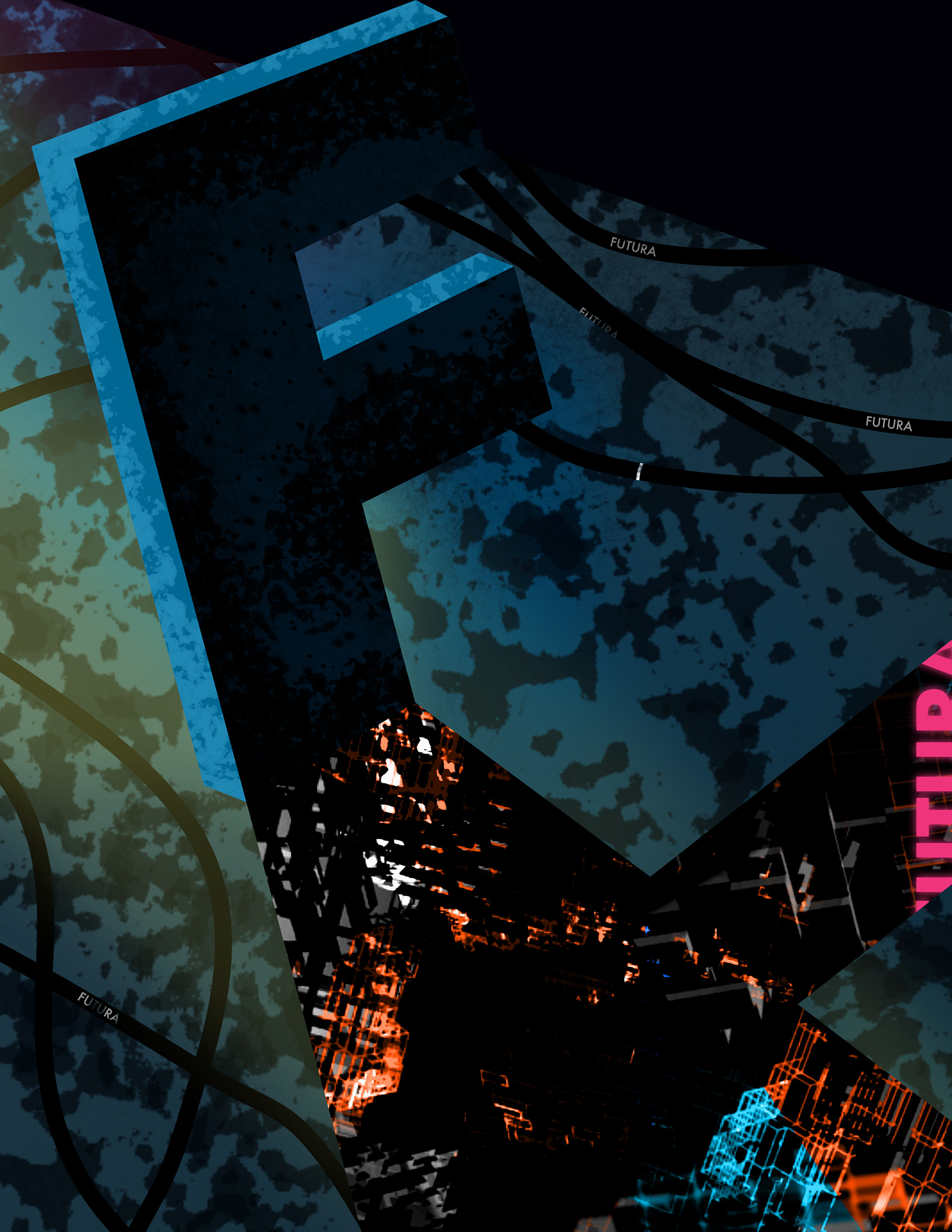 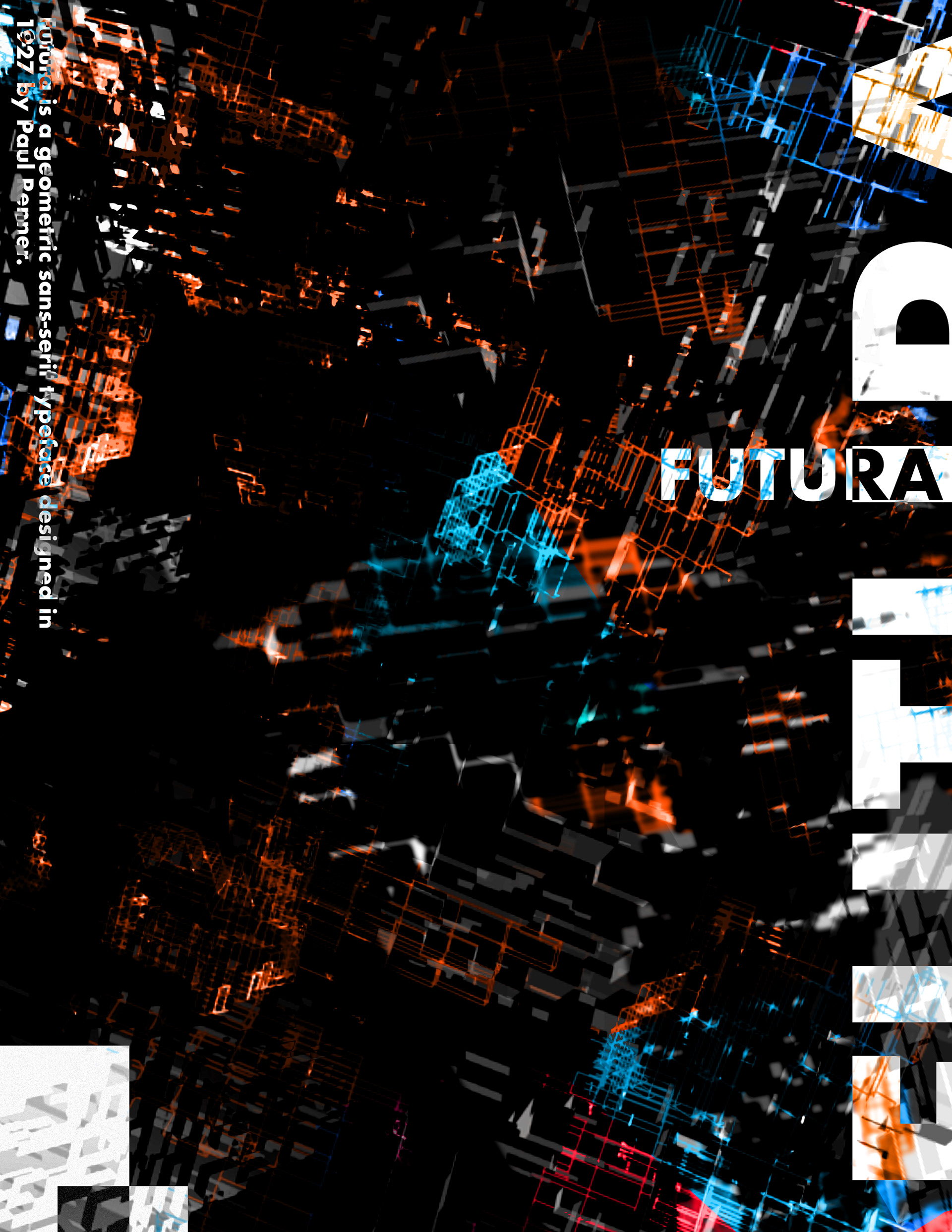 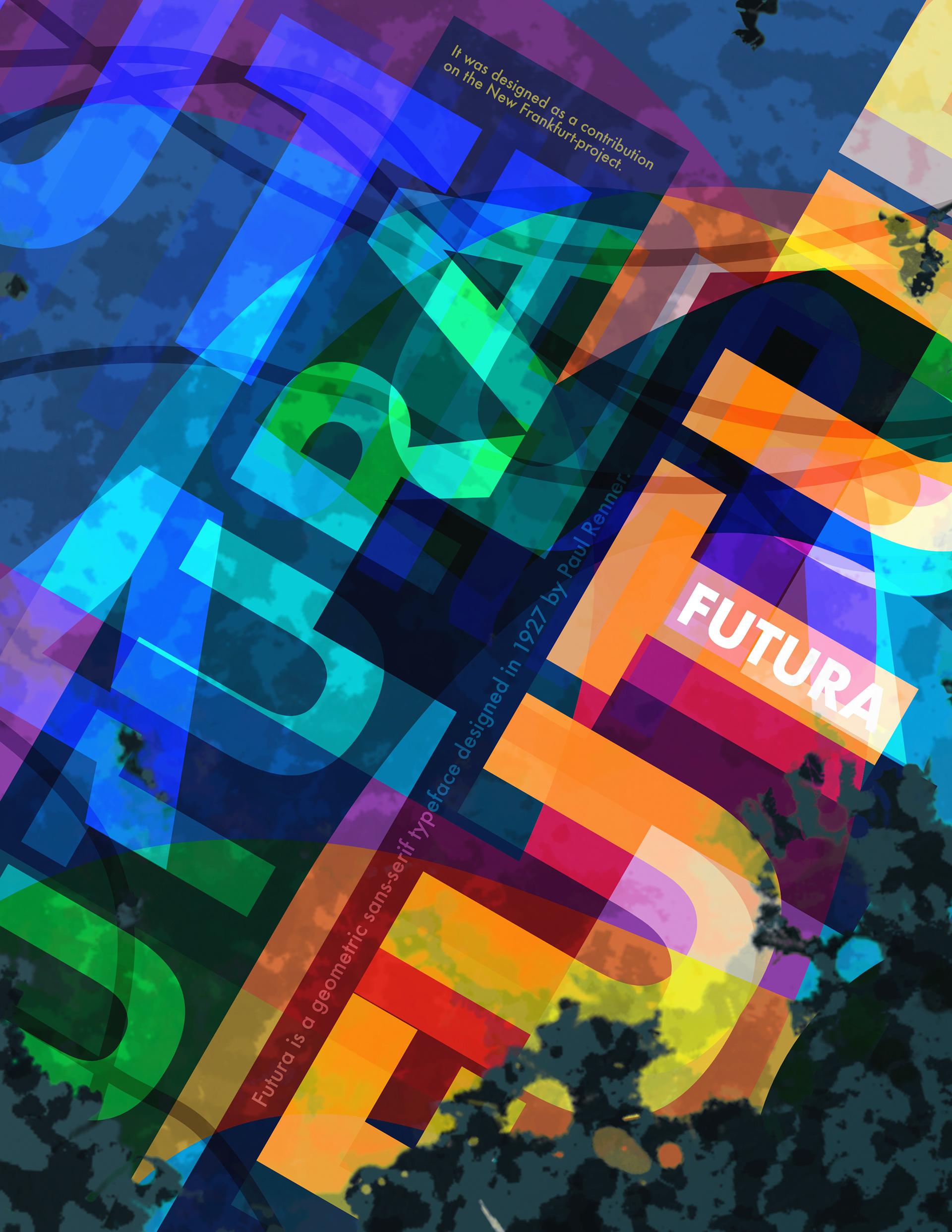 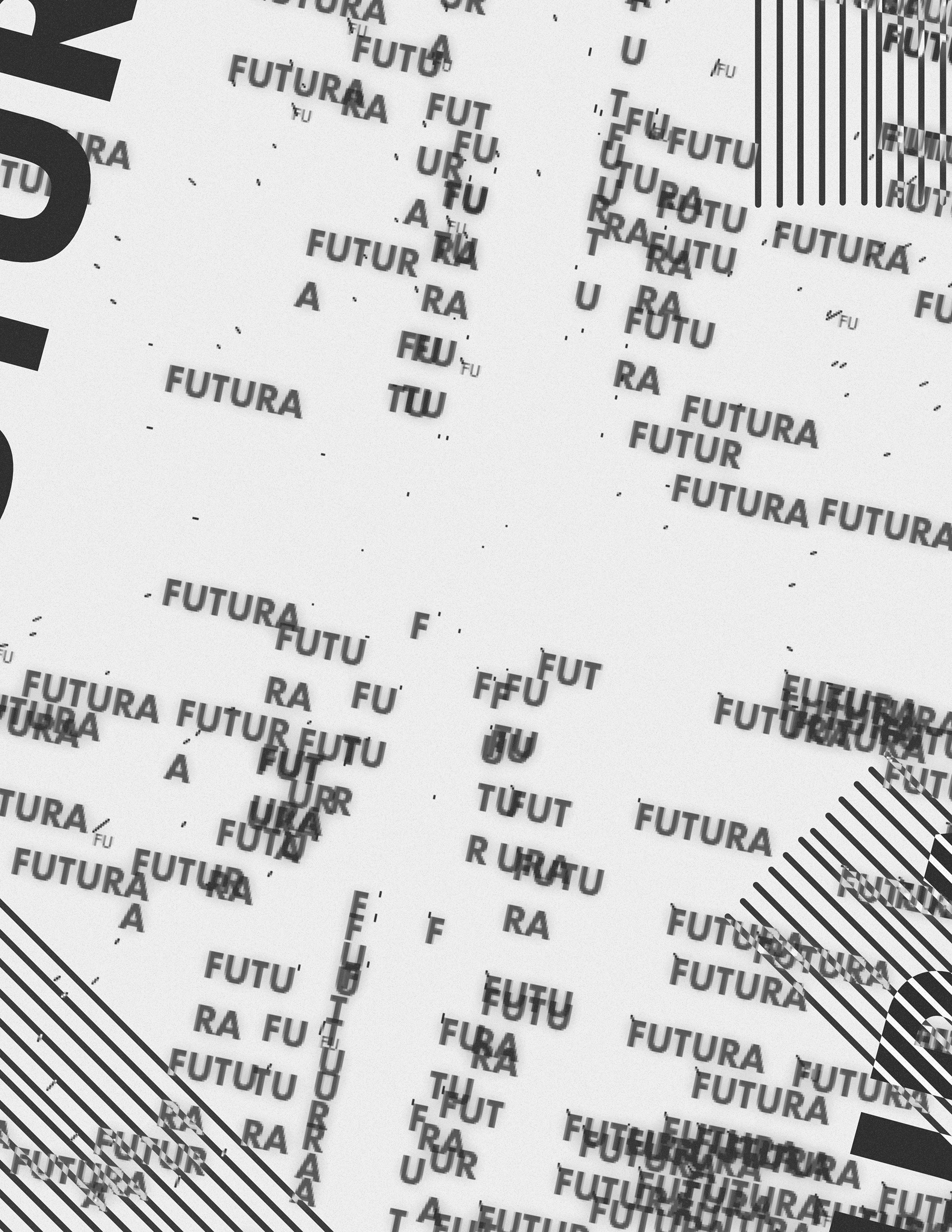 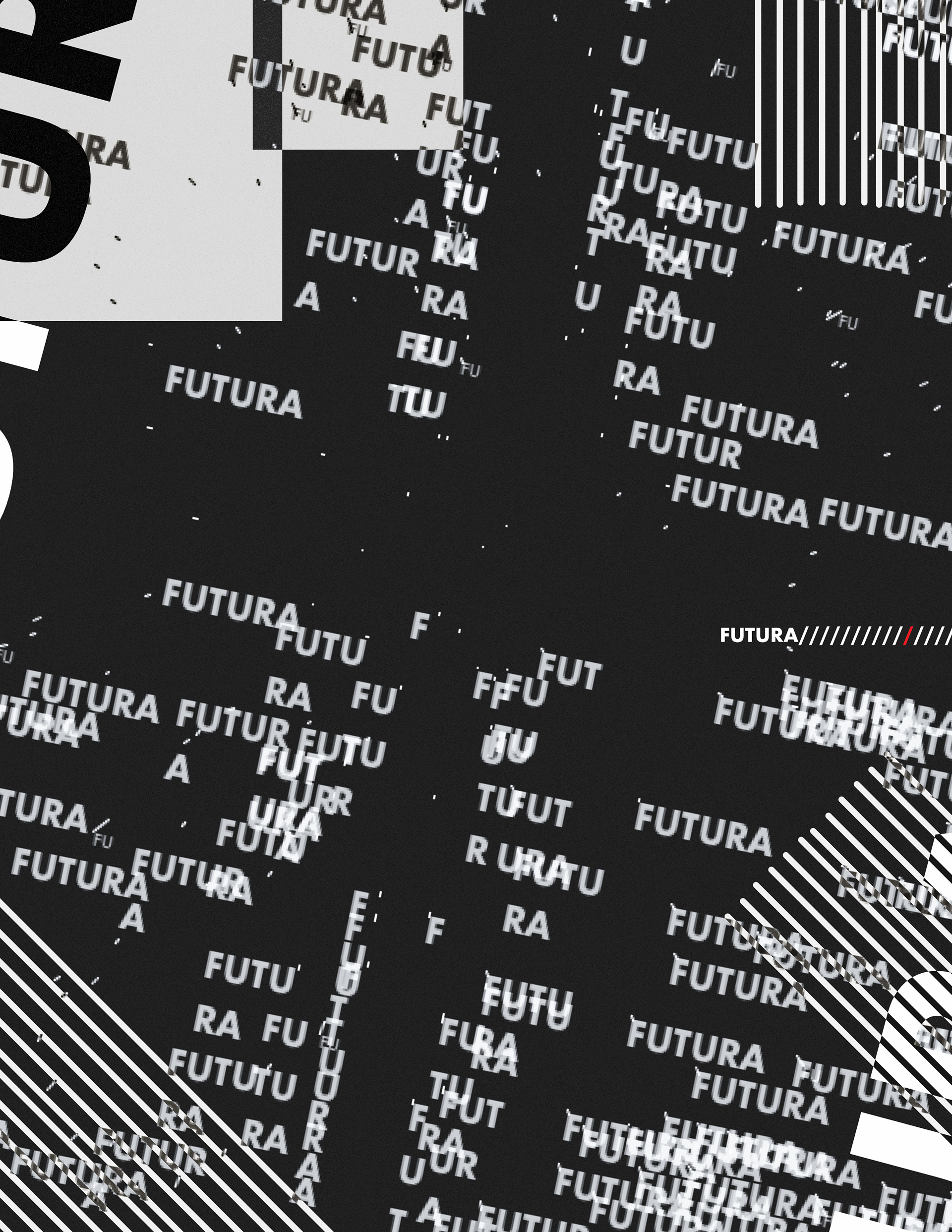 After several designs and concepts, I settled with the idea of mixing a projected image or code onto the poster. The combination of this two media created an exciting and interesting visual experience.
The early code concept of this project wast to create a sort of a star field that gives the viewer the feel of flying and traveling through space and time.
While the code was in process of finalizing, the poster reached it final stage and the complete look and design was finalized. I used a strong contrast between the white and black with just one touch of color to give it a small, but interesting focus point.

The concept of the projection and code was revised once the poster reached the final design. The idea of traveling through time became a mixed message with a sort of political timeline. The code represents the time passage from previous presidents to up to present days. I've gathered and collected hundreds of words that were most used and represented that specific political time. The words are randomly generated on the screen while following a timeline structure. Once the code reaches a certain time period it restarts the whole code.
The final design was projected on the poster and it was controlled by a LeapMotion connected to the code. The viewer could change the speed of time and the positions of the words by moving their hands above the sensor.
↑Back to Top

Insert copy here, which should vary depending on your region. Accept